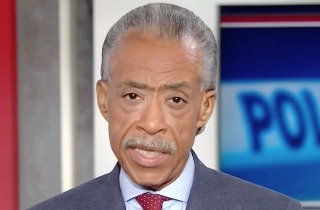 Reverend Al Sharpton‘s MSNBC show is moving to Sunday mornings in the latest big shift in the network’s programming.

The change was announced in an internal memo from network president Phil Griffin today, Capital New York reports. Griffin said, “I want to congratulate Al and his team. For four years they have done a terrific job bringing his voice and a big spotlight to issues of justice, civil rights and equality.”

Sharpton himself spoke to The New York Daily News about the move, and as far as he’s concerned this is good for him. “I’m very happy,” he said. “First, I can reach a wider audience of people who don’t get home by 6 at night. Second, I can now get the A-list guests and newsmakers I want. And third, a Sunday morning host is what I always wanted to be.”

The 6 pm slot on MSNBC weekdays will be replaced by MSNBC Live before something more permanent is announced. CNN’s Brian Stelter reported that Steve Kornacki‘s weekend show will still get the full two hours on Saturdays, but just one hour on Sundays to accommodate Sharpton’s new show.

MSNBC has been revamping its daytime lineup a lot recently. In one fell swoop weeks ago, they cancelled The Cycle, Now with Alex Wagner, and The Ed Show.