Despite the “very big story” of Trump’s second nuclear summit with Kim, Kurtz noted “on the other two cable networks one story dominated: it was all Cohen all the time.” 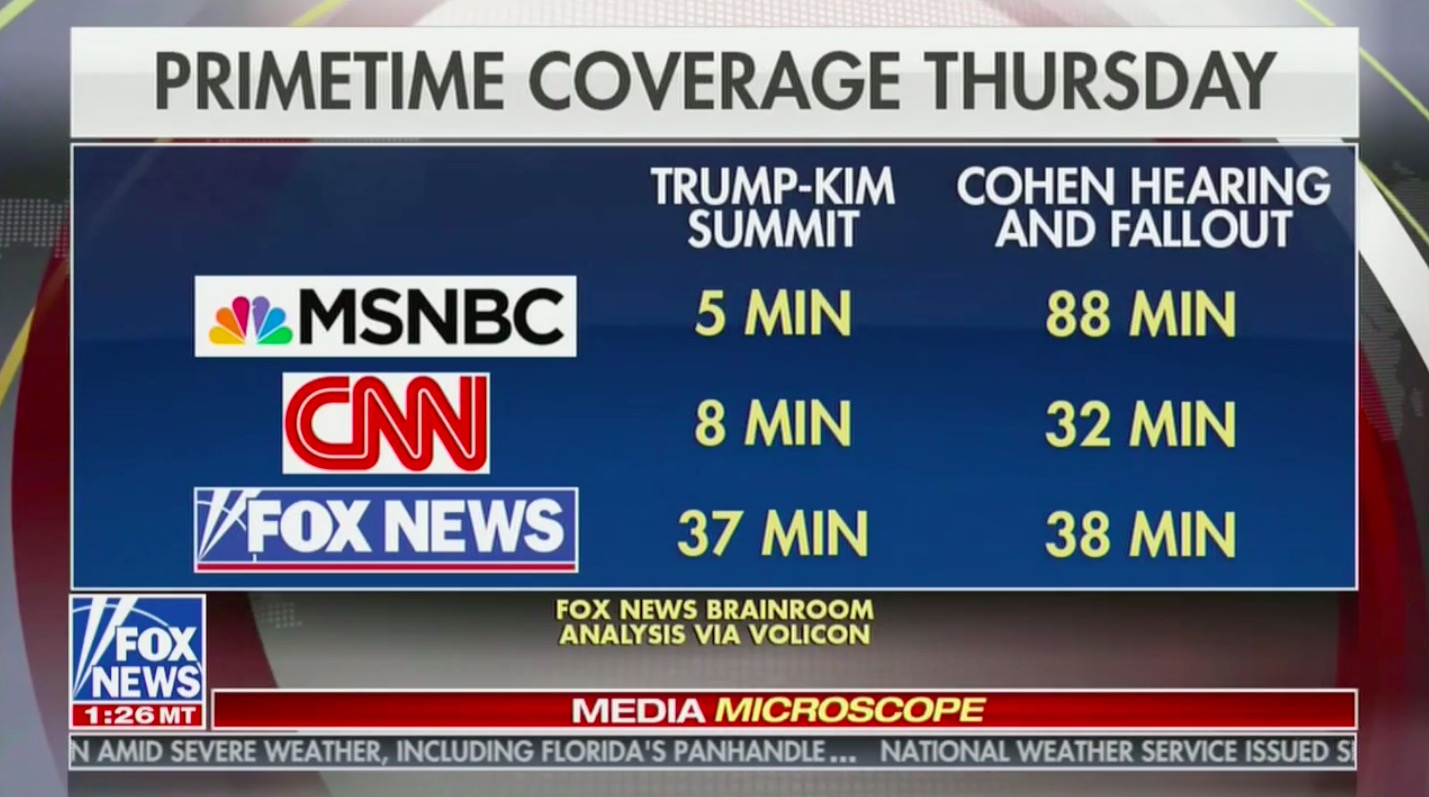 “Look, I get that Cohen might be the sexier story, and of course, ratings may be a factor,” Kurtz said. “But the other networks made an editorial decision that pounding away at the Cohen hearings, even a day later, endlessly replaying the best soundbites, was far more important than an effort, even an unsuccessful one, to get rid of Kim Jong Un’s nuclear arsenal.”