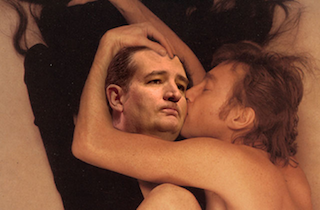 Imagine Senator Ted Cruz (R-TX) announced his candidacy for the 2016 GOP nomination Monday morning with a speech at Liberty University. Imagine you had to watch all of it. (If you were a Liberty University student, you had no choice.)

Imagine you compiled a list of all the things Cruz asked his young audience to “imagine” being fulfilled through his presidency:

“Imagine,” of course, is a soggy, overrated tune by John Lennon. Ted Cruz is currently polling at 4%.