Alleged James Rosen Leaker To FBI: ‘I Was Exploited Like A Rag Doll’

Alleged James Rosen Leaker To FBI: ‘I Was Exploited Like A Rag Doll’ 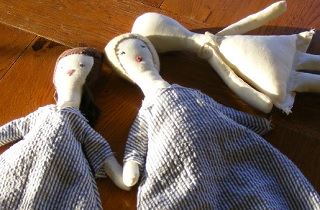 Reporting on the Justice Department’s investigation into Fox Hard News Reporter James Rosen‘s contact with a source, who allegedly leaked him classified information, has been decidedly one-sided. Everyone from Jake Tapper to The New York Times has posed the leak investigation as equivalent to, or worse than, the still-unfolding Associated Press leak investigation, with very little reporting on the details of Rosen’s case. They are fascinating, and belie the portrait of an abusive, wide–ranging campaign of intimidation that the mainstream media has painted.

The Justice Department investigation stems from an alleged, by then-State Department contractor Stephen Jin-Woo Kim, which appeared in this 2009 Fox News article by James Rosen:

Ordinarily, Fox News would be among the first people to tell you that we don’t tip off our enemies that we have sources deep within their governments. In fact, James Rosen would be the first to tell you that, in the same article:

Curiously, most accounts I’ve read of the Rosen investigation don’t even include a link to his original story, let alone any details of it. While Rosen is obviously cognizant of the harm his revelation could do, there seems to have been no other point to it. Reuters columnist Jack Schafer said it well:

Although Rosen’s story asserts that it is “withholding some details about the sources and methods … to avoid compromising sensitive overseas operations,” the basic detail that the CIA has “sources inside North Korea” privy to its future plans is very compromising stuff all by itself. As Rosen continues, “U.S. spymasters regard [North Korea] as one of the world’s most difficult to penetrate.”

Once the North Koreans read the story, they must have asked if the source of the intel was human or if their communications had been breached. In any event, you can assume that the North Koreans commenced a leak probe that made the U.S. investigation look like the prosecution of a parking ticket.

I have a hard time understanding what purpose Rosen’s scoop served. He appears to have uncovered no wrongdoing by the CIA in North Korea and no dramatic or scandalous change of U.S. policy that’s being concealed from the U.S. public. Boiled to its essence, the story says the U.S. has penetrated North Korean leadership. It’s a story, all right, but I can’t imagine any U.S. news outlet running it without more cause, and I’ll bet that Fox News would take it back today if it could.

Schafer was more focused on Rosen’s comically bad efforts to protect his source, but the warrant application also contains portions of FBI interviews with Mr. Kim that offer insight into the way Rosen worked his source, and the way his source worked him in return:

“I did not purposely discuss the [Intelligence Report], but might have discussed [some of the topics in the Report].”

“Maybe I inadvertently confirmed something…too stubborn to not…[I] just don’t know…someone values my views, listens up…maybe I felt flattered. [The Reporter] is a very affable, very convincing persistent person. [The Reporter] would tell me I was brilliant and it is possible I succumbed to flattery without knowing it. Maybe it was my vanity. [The Reporter] considers me an expert and would tell me…could use my insight…The IC (Intelligence Community) is a big macho game but I would never say I’m read in to this and you are not. I would never pass [the Reporter] classified.”

“[The Reporter] exploited my vanity.”

“[M]y personal and professional training told me not to meet people like [The Reporter]. I felt like while on the phone I was only confirming what he already knew. I was exploited like a rag doll.”

Wait, what? Okay, the new official victim in all of this is now whatever rag doll, or dolls, Mr. Kim my have possessed over the years.

Kim’s interviews go on in that vein, contradictory and whiny, but they appear to match up significantly with the emails the DOJ obtained from Kim’s email accounts. Rosen signed one such email “Hugs and Kisses, Alex” (“Alex” is the codename Rosen assigned himself for purposes of communicating surreptitiously with Mr. Kim, who was monikered “Leo”), an indication that Rosen was appealing to more than just his source’s desire to tell the truth. This relationship doesn’t seem to fit the normal reporter/whistleblower setup. Mr. Kim didn’t approach James Rosen, wracked by conscience over some government malfeasance, and Rosen didn’t approach Kim with a noble desire to gather the truth.

But it is a long-established fact that the First Amendment isn’t just designed to protect popular, or otherwise worthy, speech. Rosen and Kim have no duty, under the law, to be noble. However, the outrage over DOJ’s inquiry seems to rest on the reverse-Nixonian notion that if a journalist does it, it must be legal. The angst, in the Rosen case, is over the warrant application’s assertion that Rosen was “an aider and abettor and/or co-conspirator in the crime,” which the DOJ ostensibly hoped to establish through its search of Rosen’s emails. The fact that Rosen has never been charged indicates that they failed to establish this, and I suspect that the legal theory they employed was more of a pretext to gather evidence against Kim, but that doesn’t mean it was an illegitimate pretext.

What was James Rosen’s intention with regard to this leak? The emails in the warrant application reveal that his primary concern was in beating the competition, with the secondary goal of “forc(ing) the administration’s hand to go in the right direction, if possible.”

If Rosen’s stated objective is not simply to report the news objectively and honestly, but to exploit top secret government information in order to “force the administration’s hand to go in the right direction,” then the natural followup question is: What direction, and right for whom? Those were the questions the government sought to answer by searching Rosen’s emails (emphasis mine):

That James Rosen was never charged seems to indicate that the evidence didn’t support the charge, but it is as silly to contend that the government had no right to ask as it is to conclude that James Rosen had no right to ask his source for information. The details matter, and they are being lost in the press’ knee-jerk revulsion at the general idea of investigating reporters and their sources.

The White House has posed these leak investigations as a balance between protecting the press, and protecting national security. The jury is still out on the Associated Press investigation, which appears to be broad, abusive, and lacking in judicial oversight, but this case isn’t like that. Read the documents. The DOJ followed the evidence, obtained search warrants from judges, and so far, appears to have kept its focus appropriately narrow. The press seems to have forgotten that the adversaries in this story, the government and James Rosen, both have responsibilities to the American people. They should thoroughly report how they each lived up to those responsibilities.