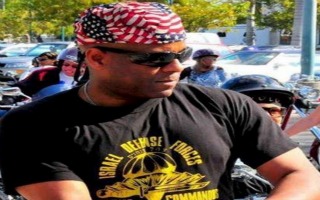 Florida Republican Rep. Allen West has been a reliable and vocal critic of President Barack Obama’s administration, particularly on matters of international security and foreign relations. He took issue with President Barack Obama’s address to the United Nations on Tuesday, suggesting that it was an expression of weakness and equivocation in the face of clear threats. I share his frustration with the president’s pandering address to representatives of the global community. However, Rep. West’s statement today suggests that his impression of what a statesmanlike projection of strength looks like is a cartoonish, juvenile and amateurish vision of how an American president conducts public diplomacy.

On Tuesday, West slammed Obama for being too soft on the global community – and on Iran, in particular. In a post on his Facebook account, West claimed that he would have made it clear he intends to wreck “havoc and destruction” on anyone who would attack U.S. interests.

“My statement to the United Nations would have been, ‘The future does not belong to those who attack our Embassies and Consulates and kill our Ambassadors. The Angel of Death in the form of an American Bald Eagle will visit you and wreak havoc and destruction upon your existence.”

The image above was almost certainly derived from a post-9/11 tattoo design; the bald eagle with an Old Glory neckerchief swooping down on Osama bin Laden with a cluster of JDAMs in both talons.

“[Obama] continues to offer up apologies instead of defending our hard earned First Amendment right to freedom of speech and expression,” he wrote. “There is no message to this silly video trailer, and it is beneath the dignity and esteem of the Office of the President of the United States to mention it at all. When tolerance becomes a one way street it leads to cultural suicide. I shall not be tolerant of the intolerant. I know about the UN Resolution 1618 which would make any statement deemed by the Organization of Islamic Countries (OIC) ‘offensive’ to Islam a crime…..NOT ON MY WATCH FELLAS!”

It is my opinion that it is not only fair but appropriate to criticize the president’s speech for its unique projection of weakness. I agree entirely with that sentiment, but the way in which West chose to express it – though militaristic bellicosity for its own sake – erodes the seriousness of the threat of force that West intends to convey.

President Barack Obama faces a governing challenge in a potential second term in that his threats of force against Iran are not credible. They are often qualified by reservations about the difficulty of the mission, the lack of American support for a prolonged foreign adventure and the need to secure allies prior to such an action. The cumulative effect of those qualifications is to render the threat itself suspect.

West faces a similar problem. There is little credulity to his threats – not because anyone does not believe he would carry through with them. I would imagine few doubt West’s sincerity. But his pronouncements take on the tone of amateurish chest-thumping. They detract from the Congressman’s credibility and show that he is unclear on the complexities of foreign relations. They lack the sobriety and conviction that a statesman sending young men and women into war is possessed with. They reek of insecurity and rage, not confidence.