Fox News’ Outnumbered covered the big indictment news today, but they also managed to fit in a segment on questions about special counsel Robert Mueller’s credibility.

It’s a little subtle, but see if you can spot it: 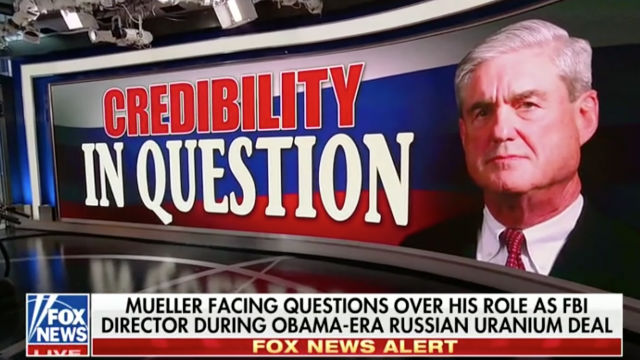 The panel referenced a New York Post columnist who argued that Mueller should resign and a FoxNews.com piece from Friday highlighting how Mueller is facing pressure from Republicans to resign in the wake of renewed focus on the dossier and Uranium One.

Katie Pavlich spoke up in defense of Mueller during the segment, saying “we should let him do his job” and that she won’t “impugn Bob Mueller’s character.”

sure, among @FoxNews primetime hosts, I suppose.