And So It Begins: CNN Reports On Romney’s Riches Resulting From Re-Org Layoffs
video

And So It Begins: CNN Reports On Romney’s Riches Resulting From Re-Org Layoffs 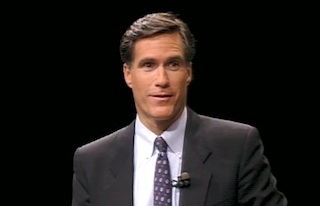 Ever since a New York magazine cover story ran in late October, it was only a matter of time before cable news caught up with a potentially catastrophic angle to Mitt Romney‘s presidential campaign. The feature length article penned by Benjamin Wallace-Wells portrayed Romney not only as part of “the 1%” but pointed out how much of Romney’s wealth came as a result of Bain Capital’s company re-orgs that reportedly led to a great number of job losses. With the Iowa caucus just a week away, it was only a matter of time before this story got the cable news Klieg lights.

Reporting for CNN’s The Situation Room, Brian Todd highlights the core business strategy of Bain Capital, the private equity company that essentially purchases troubled companies at a relatively discounted price, then re-engineers the business model in hopes of taking the company public or re-selling at a much higher price than it was purchased. It’s a simple capitalist equation, though often times the re-engineering of said troubled businesses led to job losses. It makes sense that some jobs would be rendered redundant in an effort to increase efficiencies and profitability, and Bain Capital was very successful at this process. But as we so often see in political season, common sense matters less than the actual narrative put forth by a front-runner’s detractors.

Mitt Romney has positioned himself as a successful business expert, who understands the economic underpinnings that currently trouble the U.S. economy so well that he will be able to quickly and efficiently fix everything better than anyone else running. And he has the millions and millions of dollars accrued as a result of his business acumen to show for it. It will be challenging, however, for Romney to present himself as a “job creator” if his millions of dollars came because of laying people off — which just may be the political meme of the next few weeks as Romney tries to separate himself from the pack during the GOP presidential primaries.