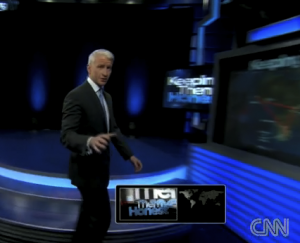 President Obama‘s high-profile plan to visit India came with a high-profile number that much of the media have latched onto: $200 million. That’s the alleged daily cost according to “a top official of the Maharashtra Government privy to the arrangements for the high-profile visit,” a price tag that the White House has tried to deflect. Now Anderson Cooper is on the case. The verdict? It’s a “made up story.”

Cooper deconstructs how exactly the rumor went viral in the first place: one anonymous Indian reporter made the claim, The Drudge Report side of the Internet picked it up, and, suddenly, it became a fact for pundits like Rush Limbaugh and actual elected officials like Rep. Michelle Bachmann, who appeared on his program to talk about the matter just last night. But Cooper still isn’t buying it:

His suspicions were backed up by Pentagon Press Secretary Geoff Morrell, who said that the military aspect of the rumor is “absolutely absurd… just comical. Nothing close to that is being done.”

Cooper also referred to CNN’s “data wall” (a somewhat absurd thing in itself), which highlighted the costs of previous, more wide-ranging presidential trips, like Bill Clinton‘s to Africa. From here, he concluded that “there’s no reason to believe [Obama’s trip] is even close to $200 million a day.”

Ultimately, Cooper wasn’t mad at the media — just disappointed, which is so much worse. He shamed the media and congresspeople, and particularly Rep. Bachmann, saying, “You don’t have to make stuff up.”

Watch Cooper get riled up in the CNN clip below: