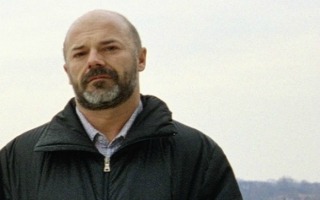 The Daily Caller’s Tucker Carlson has frustrated Daily Beast blogger Andrew Sullivan with his release of a full video of President Barack Obama addressing a group assembled at Virginia’s Hamilton University in 2007. Appearing on Fox News Channel’s Hannity on Tuesday night, Carlson accused the president of using racially divisive rhetoric and employing a false Southern accent in the speech. Carlson also wondered why the media never covered this newsworthy event at the time. For Sullivan, these charges were simply too much to bear. “Carlson used to be a brilliant writer. He’s now a racist demagogue,” Sullivan wrote in a post today on The Daily Beast website. “He’s a story in one person of how degenerate and disgusting much of American “conservatism” has become.”

In his post, Sullivan makes a point of suggesting that Obama’s Hampton University speech was not only covered widely at the time, but it was actually peppered with conservative themes.

So Carlson is trying to make a speech that was in part about African-Americans taking “more individual responsibility to strengthen our families” into a leftist rant.

Yes, Obama defended government programs – to help young mothers with infants, for example – but the speech’s blend of conservative goals and liberal policies is almost Obama’s centrist brand. Yes, he implied that in many inner cities there is a constant quiet riot and that the authorities tolerate things there they wouldn’t elsewhere (sounds like Giuliani to me). He also implied that the Feds did not respond to Katrina with sufficient urgency in part because the people affected the most were black and powerless. Isn’t that obviously true? If Katrina had hit Georgetown, or San Francisco, do you think residents would be on their roofs begging for federal help for days? Yes, in black audiences his cadence shifts a little. So fucking what?

“All that Carlson did is clip [Obama’s speech] to get an “angry black man” in the minds of Americans,” Sullivan wrote. “It’s at once one of the most desperate and lame and vile plays of the race card I can remember – an obvious recognition that the 47 percent tape can only really be countered emotionally with race-baiting.”

Now, I am on record saying that this video was not the game-changer it was billed as. Furthermore, those who say Obama is appealing to racial solidarity in this video risk alienating those independent voters who are turned off by conspiracy theories and race-baiting. This particular speech makes a thin case for latent racial animus in the president.

However, it was not Carlson or The Daily Caller that invented racial themes in Obama’s speech. To suggest that anyone who points out that this speech had a racial dynamic are themselves “racist” is the height of irresponsible discourse.

It was not Carlson but President Obama who, in the speech in question, implied that the citizens of New York and South Florida were members of the “American family,” but the residents of New Orleans – predominantly poor and African American as they are – were not:

“Now here’s the thing, when 9-11 happened in New York City, they waived the Stafford Act — said, ‘This is too serious a problem. We can’t expect New York City to rebuild on its own. Forget that dollar you gotta put in. Well, here’s ten dollars.’ And that was the right thing to do. When Hurricane Andrew struck in Florida, people said, ‘Look at this devastation. We don’t expect you to come up with your own money, here. Here’s the money to rebuild. We’re not gonna wait for you to scratch it together — because you’re part of the American family.’”

“We need additional federal public transportation dollars flowing to the highest need communities. We don’t need to build more highways out in the suburbs. We should be investing in minority-owned businesses, in our neighborhoods, so people don’t have to travel from miles away.”

For a progressive media that has spent the majority of the 2012 election cycle obsessively deciphering imagined racial code language emanating from the right, they seem utterly incapable of finding Obama’s statements as potentially inflammatory.

The Andrew Sullivan of the late Bush administration – a venerable columnist with his finger on the pulse of the national mood more often than not — would be appalled by the outright characterization of a fellow member of the journalistic community as a “racist” simply for pointing out that the statements above have an undeniable racial component. That Andrew Sullivan should consider some introspection about what he has become instead of psychoanalyzing his colleagues.