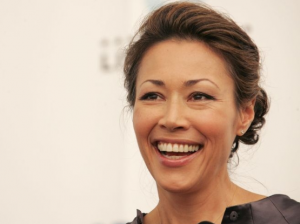 With the announcement this week that Meredith Vieira, co-host of NBC’s top-rated TODAY might not extend her contract when it expires in the fall, attention will surely focus on TODAY‘s news anchor, Ann Curry. While she hasn’t commented on the reports of Vieira’s interest in sleeping in and escaping the rigor of a network morning show, Curry did write about Vieira’s hiring for the job–and her being passed over–back in 2006. “What some might consider a big professional disappointment—not being named cohost of TODAY when Katie Couric left—has only clarified my mission. I would’ve loved that job, but not getting it made me think, What is it I need to be doing?”

In the article, a cover story in Guideposts magazine, Curry wrote the answer to her question of “what is it I need to be doing” came in the form of humanitarian reporting, which she has done in the years since, traveling around the world and solidifying her stature as one of NBC News’ top correspondents. She shared a story from her reporting with Guideposts:

That’s what brings me back to places like Congo. Most people don’t realize it is the site of the deadliest conflict since World War II. The fighting and war crimes against civilians challenge every definition of decency. Thousands die every month from malnutrition and disease.

Yet even in this place of suffering, it is possible to find hope. I’ll never forget Sifa, an 18-year-old Congolese woman I met in February 2008. I talked to her in the hospital. What she told me made me weep. Her parents were killed in front of her. She ran, but the killers caught her, chained her to a tree and raped her. She became pregnant; when the baby came, everything inside her broke. “Do you want revenge?” I asked.

She said, “No, all I want is to rise from this bed, thank the people who helped me and work for God.”