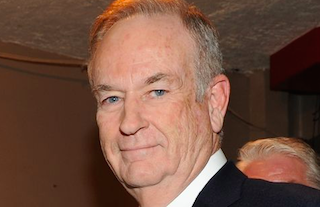 Following a scathing Facebook post and series of interviews from Eric Engberg, another of Bill O’Reilly‘s CBS News colleagues, Charles Krause, has come out of the woodwork to question the Fox News host’s stories about being in a “war zone” in Argentina during the Falkland Islands conflict.

In an interview with liberal watchdog website Media Matters, which won’t exactly engender credibility in the eyes of O’Reilly, Krause calls the Fox host’s claims “absurd” and generally diminishes the role he played in the network’s coverage more than 30 years ago.

“I don’t recall him doing any major story that anybody remembers and he was there a very short time, then he was recalled, I don’t know why,” Krause told Media Matters. “He wasn’t a team player and people thought he was grandstanding, basically.”

In his Facebook post, Engberg wrote that O’Reilly confronted his CBS bosses when they decided to give reporting he did to Bob Schieffer. “This confrontation led the next day to O’Reilly being ordered out of Argentina by the CBS bosses,” he recalled. In his interview with Fox’s Howard Kurtz on Sunday, O’Reilly called Schieffer’s use of his reporting “plagiarism.”

Calling O’Reilly description of Buenos Aires as a “war zone” “absurd,” Krause, who lived in the city for three years prior to the Falklands war said, “It was just like it always was, there was very little evidence of the war in Buenos Aires. The war was being fought thousands of miles away.”

“We were in no danger whatsoever,” he added, disputing claims made by O’Reilly. “Except for people who had never been there before and didn’t speak Spanish and might have felt a little bit odd.”

O’Reilly, who plans to devote a large portion of his Fox News show tonight to this controversy, said he invited Engberg on to debate the issue with him, but the former CBS reporter declined, telling CNN’s Brian Stelter he did not want to have the debate on O’Reilly’s “turf.”