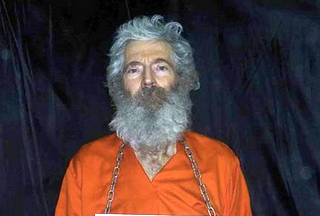 The Associated Press published a bombshell story Thursday revealing that Robert Levinson, an American who disappeared in Iran seven years ago, was actually working for the CIA. While U.S. authorities have previously described Levinson as a “private citizen,” he was actually part of an “unapproved intelligence-gathering mission.” He current location and condition are unknown, but government sources told the AP he is likely being held by Iran.

In a statement, the AP’s Senior Vice President and Executive Editor Kathleen Carroll described publishing the story as a “difficult decision” and acknowledged that it has the potential to put Levinson at “risk.” Read the full statement below:

Publishing this article was a difficult decision. This story reveals serious mistakes and improper actions inside the U.S. government’s most important intelligence agency. Those actions, the investigation and consequences have all been kept secret from the public.

Publishing articles that help the public hold their government to account is part of what journalism is for, and especially so at The Associated Press, which pursues accountability journalism whenever it can. This seems particularly true on this subject at a time when the decisions of intelligence agencies are being extensively debated.

The AP has been seeking information on Levinson’s whereabouts from governments, agencies and any other source possible for several years. Government officials tell us that they, too, have hit a wall, though their efforts continue.

In the absence of any solid information about Levinson’s whereabouts, it has been impossible to judge whether publication would put him at risk. It is almost certain that his captors already know about the CIA connection but without knowing exactly who the captors are, it is difficult to know whether publication of Levinson’s CIA mission would make a difference to them. That does not mean there is no risk. But with no more leads to follow, we have concluded that the importance of the story justifies publication.

As Carroll notes, the publication of the story comes at a time “when the decisions of intelligence agencies are being extensively debated.” This implicit reference to the reporting of Glenn Greenwald and other surrounding Edward Snowden’s NSA leaks was brought into focus when Greenwald tweeted his support of the piece and its writers:

Read the full story at AP.org.