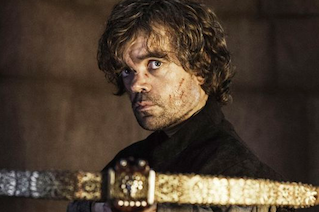 Today’s Apple event, mostly centered around the debut of the Apple Watch, also saw a big announcement for the world of streaming television. Speaking to the crowd in attendance, HBO CEO Richard Plepler revealed that the highly-anticipated standalone streaming service HBO Now will be available exclusively on Apple TV and iOS products when it launches next month.

As predicted last week, HBO will debut its game-changing service in time for the fifth season premiere of Game of Thrones on April 12. And unlike HBO Go, which is available on numerous online platforms for those who subscribe to HBO through cable or satellite, in order to watch HBO Now without a larger TV package, you will need to use an Apple device.

“We are thrilled to be here this morning to announce our standalone streaming service HBO NOW and we couldn’t be prouder that Apple is our exclusive partner at launch,” Plepler said in his prepared remarks, revealing that the monthly price will be $14.99 and if you sign up in April, the first month will be free.

Shortly after the announcement, HBO posted a promo for the new service, which clarified that the service will be available on iPad and iPhone in addition to Apple TV, which has just seen its price drop from $99 to $69.

Last year, CBS announced its own streaming service that allows viewers to watch its programming live and on demand without a larger cable package for a monthly fee. Then, just this past week, NBC revealed plans to do the same with a comedy-centered service that could allow fans to stream The Tonight Show Starring Jimmy Fallon and Saturday Night Live as they air.

Watch the promo below, via HBO:

And here is the new Game of Thrones trailer that premiered during the Apple event: