Are Democrats Really Arguing That Obamacare Can Never Be Changed?
OPINION

Are Democrats Really Arguing That Obamacare Can Never Be Changed? 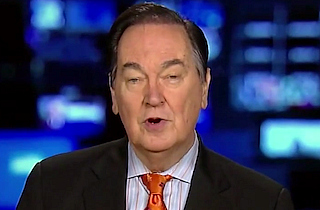 On Fox News Tuesday morning, syndicated columnist Cal Thomas voiced a minor but obnoxiously persistent talking point about the government shutdown and its relationship to Obamacare: that Democrats are claiming the fact that Affordable Care Act is “law” means it can’t be changed. This deserves debunking, so let’s do so.

Here’s how Thomas phrased it:

“The other thing we’re hearing once a law is passed by Democrats it has equivalent of eternal life…If that were the premise, then we would still have prohibition—you wouldn’t get a alcoholic drink at a bar. You’d still have separate but equal. You might even have slavery. African-americans would be using separate water fountains and different restrooms. This idea if a liberal passes a law and a liberal president signs it should go on forever and not be changed is ludicrous.”

Literally nobody is arguing that. In fact, proponents of Obamacare have called changes inevitable, citing the continuing revisions to Social Security and Medicare as precedents.

It’s not the proposed changes to Obamacare that makes everybody repeat “But it’s the law” to conservatives like they’re dogs being shown a card trick, it’s the House GOP’s attempt to hold the government and debt ceiling hostage to force those changes.

There are perfectly legitimate means to go about changing any law you’d like: it’s called Congress. House Republicans have tried somewhere between forty and fifty times—I refuse to keep exact count anymore—to repeal it, but they don’t control the Senate, so the effort is blocked by the other chamber. Got a problem with that? Take it up with Article One, Section Seven of the Constitution.

House Republicans are also more than welcome to draft curtailed bills to change specific aspects of the ACA, find cosponsors on the other side of the aisle to help pass it with bipartisanship gloss, and find Senate counterparts to attempt the same. If it passed both houses, it’s possible President Barack Obama would feel compelled to sign a bill with alterations. Or the GOP could try winning elections. Either of these are legitimate, democratic means of changing a bill that’s been signed into law. Holding the government hostage is not.

That Obamacare passed both houses of Congress—including a dumb 60-vote threshold in the Senate—was signed by the president, upheld by the Supreme Court, and ratified by voters in the 2012 election doesn’t mean it’s inviolable. But it does mean that its opponents are without any mandate to threaten government funding or the full faith and credit of the United States to ravage a bill passed via the essential levers of democracy. When opponents say “But it’s the law” in that exasperated tone, that’s what they’re referring to, not some loony notion that liberal laws last forever.

This seems like a very simple point, which leads me to suspect that those who don’t appear to get it—Mr. Thomas being only today’s example—might be engaging in the tiniest bit of dissembling.