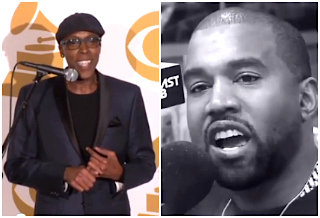 Recently resurrected late night talk show host Arsenio Hall does not appreciate being held up as an example of how the “white man” keeps black people down. During a recent Grammy Awards press conference, the host fired back at rapper Kanye West, who said in an interview that he didn’t want to end up like Hall, “turning up too much” and getting “fired.”

“Like usual, Kanye’s premise confuses the facts,” Hall said. He went to explain why his popular late night show ended in 1994. “I just left my show, the white man didn’t do nothing this time,” he said. “Save that for when the white man do do something. Don’t muddy the waters of racism with my bullshit, because it was not racism. It was not a plot. I just left my show.”

He then turned around and offered his own criticism of West, whose 2013 album features the song “New Slaves.”