Bah, Humbug! 20/20 Finds Not Everyone Is Happy With Plethora Of Christmas Lights
video

Bah, Humbug! 20/20 Finds Not Everyone Is Happy With Plethora Of Christmas Lights 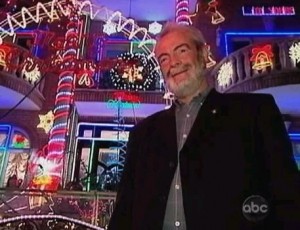 ‘Tis the season to be jolly, but oh how the humbuggery finds its way into this joyous occasion every year. And lo and behold, ABC’s 20/20 focused on some real-life Grinches who don’t particularly care for the gaudy light displays and elaborate decorations on front lawns all across the country. Some houses, like one featured in the report, have gone all-out for the Christmas season, literally covering their houses in lights.

However, there are people who have been expressing their virulent dislike of Christmas decorations in rather public ways. One family’s light-up Christmas tree was trashed by a ne’er-do-well, and other houses have been the targets of vandals looking to cause mischief for no apparent reason. Residents of one town spotted “mutilated reindeer” on the side of a road.

But in case you didn’t already figure out where the extended metaphor was going, the segment then ran footage of the Grinch stealing toys to the dulcet tones of Boris Karloff. The real treat began when the focus turned to a spectacular light show in Texas that one man stated would make Walt Disney jealous.

RELATED: Gretchen Carlson Wonders When Christmas Police Will Force Her To Take Down Her Home Decorations

The owner of an El Paso mansion started the tradition in 2006, and while many families have come out every year to watch the show, other residents have shown a public distaste for the display. Traffic near the mansion around Christmastime has turned into a safety hazard. Citizens have brought their concerns directly to city hall, but the mansion’s owner has gotten the proper permits, though the reporter does note the spotlights installed this year may be violating a code of some sort.

However, the residents of the city who oppose the display would like to make it very clear they are not Grinches. However, we can only hope for a follow-up report from medical experts at ABC to either confirm or deny if, in fact, their hearts are two sizes too small.

Watch the holiday cheer below, courtesy of ABC: