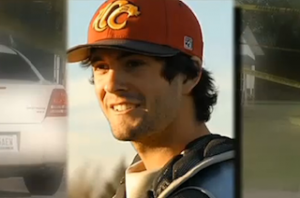 Three Oklahoma teenagers, aged 15, 16 and 17, have been arrested and face the death penalty for the random killing of 22-year-old Chris Lane, an Australian attending East Central University on a baseball scholarship.

“He apparently was jogging,” Danny Ford, chief of the Duncan, Oklahoma Police Department, said. “He went by a residence where these three boys were, they picked him as a target, they went out and got in a vehicle and followed him. Came up from behind and basically shot him in the back with a small caliber weapon, then sped away.”

Investigators believes the teens were on a “killing spree” after they discovered a message on one of their Facebook pages that read, “Bang. Two drops in two hours.” Ford added, “We would have had more bodies that night if we didn’t get them.”

Just days before, Lane had returned from Australia with his girlfriend, who lives in Duncan. “There’s not going to be any good come out of this because it was just so senseless,” Lane’s father told reporters in Melbourne. “There wasn’t anything he did or could have done. He was an athlete going for a jog like he would do five or six days a week in terms of his training schedule. He was just a kid on the cusp of making his life. To try and understand it is a short way to insanity.”

In an alleged confession, one of the accused teens said they killed Lane “for the fun of it.”

Watch video below, via KWTV:

See more photos of Lane and girlfriend Sarah Harper below, via TheBlaze and Daily Mail: