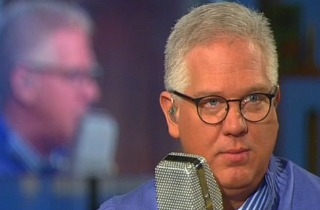 The Blaze TV host and conservative radio broadcaster, Glenn Beck, ripped into MSNBC and host Melissa Harris-Perry for releasing a network promo that urges society to think of child rearing in a more collective sense. “It’s almost a parody of reality,” Beck said of the promo. “It is so far beyond what we have ever thought as a nation, it’s remarkable.”

“My kids do not belong to me,” Beck noted. “My kids are not my kids. They are the community kids. So, I don’t really have responsibility for my kids. I can look to the state to also take that responsibility and, quite honestly, that burden from me.”

“This is not a mistake,” Beck said of MSNBC’s decision to air the promo. “This is the announcement of where they’re headed.”

Beck said that he believes that 20 or 30 percent of people would gladly allow the state to raise their children in order to relieve the stress of that responsibility.

Watch the segment below via The Blaze TV: