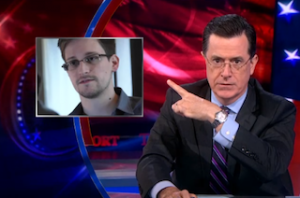 “America is under attack by knowledge,” he declared. “And we now know that the NSA is–might be spying on us.” But before covering the implications of those actions, Colbert wanted to focus on the leaker. “Behold the face of evil,” he said, as Snowden’s face appeared beside him. Colbert proceeded to mock Snowden for listing off his resume during the interview he gave to The Guardian’s Glenn Greenwald. “Well that’s smart, you’ve got to get your resume out there,” he said, “because I think you’re about to get a pink slip from the sky.” 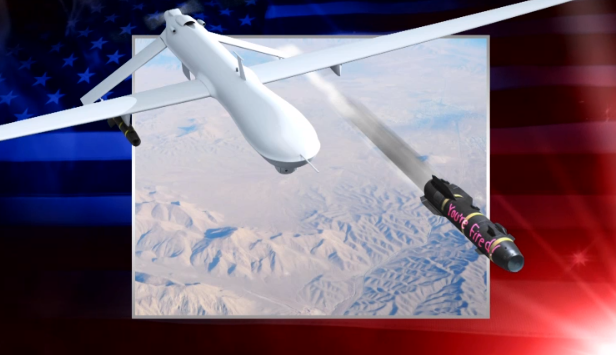 Instead of praising Snowden for his revelations, Colbert decided to defend Director of National Intelligence James Clapper, who has claimed that the NSA does not have the ability to “intentionally target” U.S. citizens. And the host uncovered a possible motive for Snowden’s decision to leak information that other news outlets have overlooked. Noting the girlfriend he reportedly left behind in Hawaii, Colbert called Snowden’s escape to Hong Kong “the most passive-aggressive breakup in history.”

Finally, Colbert used the Snowden story to share his suspicions about Jon Stewart‘s Daily Show hiatus and work in some praise for his temporary replacement John Oliver. “Who’s his replacement?” Colbert asked. “A foreigner. NSA, you’re going to want to keep your eye on this guy. Because he is suspicious and very talented.”