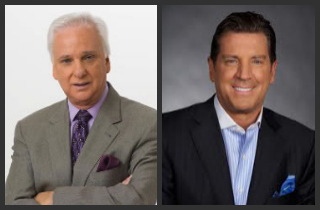 In a blog posted to his personal website this morning, frequent O’Reilly Factor commentator Bernie Goldberg launched an attack on Fox host Eric Bolling and the “‘real’ conservatives” like Sen. Ted Cruz who, he believes, have set the Republican Party on a “suicide mission.”

“Here’s how I come to my political opinions these days,” Goldberg opened the piece. “I listen very carefully to what Eric Bolling says about a particular issue from his perch at Fox News. And then I take the opposite position.” Yikes. Tell us how you really feel.

“Bolling is one of those true-blue conservatives who believes the words ‘moderate Republicans’ are nothing more than a nice way of saying ‘no backbone weasel good-for-nothing Republcians,'” the long-time journalist wrote of the Fox host. “Deep down, they keep hoping that Ronald Reagan will rise from the dead and hit the campaign trail in 2016 and beat Hillary. What these hard right pundits never seem to understand that Ronald Reagan was the only conservative to win the White House in the last 80 years. If being a ‘real’ conservative is so popular, you’d think Reagan wouldn’t be the only one who became president.”

By attacking Bolling, Goldberg was attempting to make a larger point about the intra-party division between self-described “real” conservatives and the party establishment on issues like defunding Obamacare. In particular, he cited Sen. Cruz as the political version of Bolling:

Ted Cruz is the rookie U.S. senator from Texas who if he worked at Fox News would be Eric Bolling. Like Bolling, Cruz is on a mission. He wants Republicans to stand up for their conservative principles – and he’ll worry about the consequences later. In Mr. Cruz’s world, charging over the hill and running into the enemy’s bayonets is a noble thing to do. Like Bolling, Cruz has no time for those wishy-washy moderates. But unlike Bolling and other conservatives in the media, Ted Cruz can do some real harm.

Cruz is the one leading the drive to de-fund ObamaCare. That would be great if he could succeed. But he can’t. Cruz had a plan. He would go on TV and make speeches in order to drum up grass roots support across America that would once and for all put a stake through the heart of ObamaCare. But the grass roots – even though they don’t like ObamaCare – never got passionate about de-funding it.

That didn’t stop Cruz who like most zealots won’t change course, no matter what.

Explaining his belief that the efforts to use government shutdown to defund Obamacare can only lead to political victory for the Democrats. “[I]f things go south for the GOP, we can thank Mr. Cruz and all the other ‘real’ conservatives for that,” Goldberg said. “Standing up for your principles is one thing. Committing political suicide is something else altogether.”