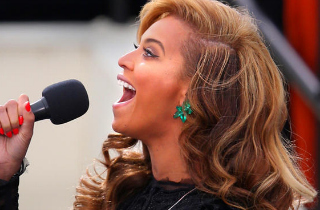 According to a rep for the United States Marine Band, the pop diva decided at last minute to use a pre-recorded track of the performance.

“All music is pre-recorded for the ceremony because there are so many eventualities and conditions that day,” Kristin DuBois, the band’s rep, told Page Six. “We performed, live, the band. But we received last-minute word that Beyonce was going to use the pre-recorded vocal track. Those were the instructions we were given. We don’t know what the reason why.”

The news may come as a stunner, as most reviewers raved about Beyoncé’s emotionally-charged performance. As the Post points out, “At one point, Beyonce even dramatically removed her earpiece – which now seems even more ludicrous, as she wasn’t even making any noise.”

This is not the first time inaugural artists have pre-recorded their performance for one reason or another. In 2009, cellist Yo-Yo Ma and violinist Itzhak Perlman lip-synched (technically finger-synched) their performance of a special John Williams composition because the day’s extreme cold weather caused fears of broken strings and bad intonations.

Also important to remember is the fact that the pre-recorded track is Beyoncé’s voice. She recorded the track the night before in a studio with the Marine Corps Band, as her own Instagram photo seems to confirm: 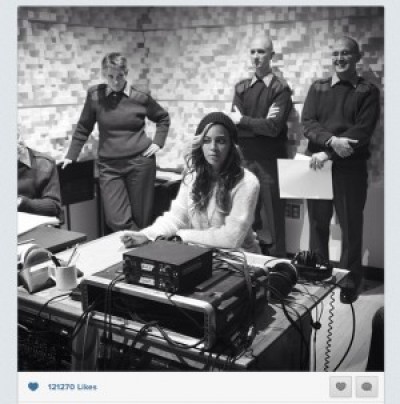 While many Americans might be heartbroken, perhaps we should all be thankful the backing track didn’t fail and Beyoncé wasn’t reduced to pulling an Ashlee Simpson before millions of viewers. A reminder of what that entails:

And now that you know this information, re-watch the performance and see for yourself: