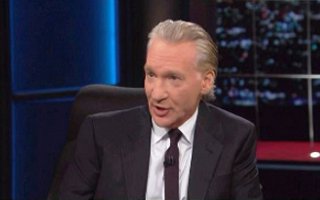 Last week’s horrific rampage in Norway by gunman Anders Behring Breivik was a huge story no matter what due to the scope of the tragedy involved, but it became that much bigger as soon as Breivik was labeled as an extreme right-wing “Christian fundamentalist.” Predictably, some took issue with that characterization, and just as predictably, Bill Maher tonight used the tragedy as a jumping-off point to take issue with something more – religion in general. Somewhat amazingly, everyone on Maher’s panel seemed to share somewhat similar views on the subject of Breivik’s attack, even Maher himself – but by making his argument against religion, Maher found himself arguing with people who, at heart, he seemed to agree with.

Maher’s first noteworthy comment was saying that terrorism “is not a problem with the Muslim religion, it’s a problem with religion.” (For more on why that’s noteworthy in and of itself, check here.) He went on to say that “[Christians are] in just as much denial as the Muslims” about religion’s influence on violence in the world, which guest Margaret Hoover took issue with. This part of the segment didn’t sit so well with us – sitting around arguing over which terrorists are worse seems like not only an essentially pointless but even somewhat ghoulish endeavor, turning tragedy into just another thing to yell at people about.

Fortunately, though, Hoover then altered the conversation for the better by saying the real culprit for acts like this isn’t Christianity, Islam, or any religion, but “ideology run amok.” Eliot Spitzer, whose own political ideology is essentially Hoover’s opposite, pretty much agreed: “It is fanaticism that is the enemy.” Maher, though, kept pushing religion, countering Hoover’s argument that highly athestic countries like Russia have experienced some of the worst mass killings by saying that in such countries, “the dear leader is the god.”

However, in saying this, Maher was simultaneously arguing and agreeing with Hoover’s and Spitzer’s overall point. Is making a god out of a human being not fanaticism, not ideology run amok? Whether or not one wants to deem it a form of religion (and there’s a valid argument to be made that it is its own type of religion), it was a bit jarring to hear Maher argue against a point he clearly agreed with in principle, even if he didn’t realize it himself. Sure, our current political climate shows how hard it can be to get people to agree on anything, and sure, everyone agreeing with everyone else doesn’t necessarily make for the most compelling television. But are we really at a point where a few people can’t sit down at a table, agree that terrorism is a heinous byproduct of extreme viewpoints of many different types, and leave it at that? Video of the debate, via HBO, below.