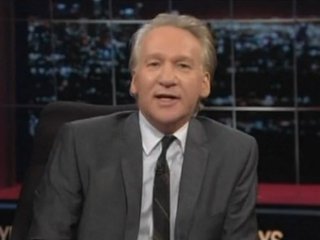 He might have resigned, but if you’re talking about politics on television, all roads still lead back to Anthony Weiner. Bill Maher brought up the disgraced ex-politician on his show in an attempt to demonstrate this Weiner’s self-control issues, when compared with those of some other politicians, really aren’t so bad at all. Specifically, Maher had two names in mind – former Vice President Dick Cheney, and New Jersey governor Chris Christie.

Maher’s objection to Cheney: his pheasant hunting, which he called “so much more psychotic than anything Anthony Weiner ever did.” In particular, Maher seemed to be referring to this episode – a “canned hunt” in which Cheney reportedly shot 70 pheasants in a day that were released solely to be hunted. While we see what Maher was getting at, the comparison of hunting to tweeting pictures of one’s penis is an odd one.

And it wasn’t the only odd comparison drawn…Maher then said the lack of self-control evident in New Jersey governor Chris Christie’s weight far outstrips any inability on Weiner’s part to “control his appetite.” Maher piled on the fat jokes (“He should be Governor Fat Fatty;” “This guy is a sumo wrestler”), while guest Kevin Nealon noted that “there’s a difference between tweeting pictures of your penis and [Christie] just not being able to control his weight.”