Bill Maher: ‘Could It Be That Bin Laden Won?’ 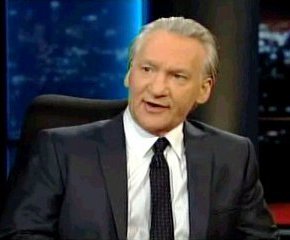 Osama bin Laden is dead, and while few doubt that’s a good thing in itself, some couldn’t help but wonder if the price – both monetarily and in lives lost in the time since 9/11 – was worth it. Tonight, the panel on Real Time with Bill Maher weighed in on the topic – though, as is clear from the title of this post, Maher asked the question a bit more provocatively.

And Maher acknowledged that just asking such a question “will upset some people,” but maintained that it’s a valid one to ask all the same. Why? Well, for one thing, Maher noted that bin Laden “was all about the money” and wanted “to bankrupt the Western world” and the United States. “Well,” Maher said, “almost mission accomplished.”

Plus there’s the idea that the hunt for bin Laden made the United States compromise its principles (or “[lose] something of our soul“). Panelist Jeremy Scahill delved into this issue:

“President Obama has made it acceptable now, for a bunch of liberals, the idea that targeted assassination is just the way we do business in the United States.”

And as panelist David Frum noted, one death – no matter how high-profile – doesn’t mean everything is magically over:

“The interpenetration of extremist ideology with enormous amounts of money and nuclear weapons – that problem remains.”

Maher, though, disputed the idea that we can’t act like the war on terror is over (“Why? Why not?”), while panelist Michael Eric Dyson said that “the notion of a ‘war on terror’ was horrible to begin with” because it’s so open-ended, as opposed to targeted raids like the one that took out bin Laden. Dyson, therefore, called on President Barack Obama to “have some spine and say, ‘Let’s get out [of the Middle East].'” And until that happens, questions about the price paid for success in hunting down America’s most wanted man will continue. Video below, via HBO.