Bill Maher Defends Clint Eastwood: He Spoke To A Chair For Ten Minutes And The Audience Loved It
video

Bill Maher Defends Clint Eastwood: He Spoke To A Chair For Ten Minutes And The Audience Loved It 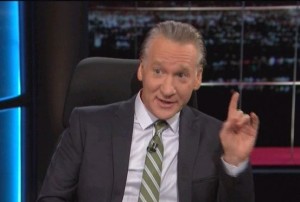 Bill Maher dissented with much of the reaction to Clint Eastwood‘s truly unique speech at the Republican National Convention last night, defending Eastwood’s routine from the cavalcade of criticism. While he said that politically, Eastwood is an “idiot,” he defended Eastwood’s stand-up comedy by saying that “without a teleprompter,” he did a ten-minute bit with an empty chair and “killed.”

RELATED: Ann Romney To CBS: ‘I Did Not Expect’ Clint Eastwood’s ‘Unique’ Routine

Maher said that people normally complain about how scripted the conventions are, and wondered why everyone would be so upset over an unscripted, genuine moment. Fellow comedian Jason Alexander challenged Maher, saying that an incredibly popular celebrity like himself or Eastwood could go on a stage and urinate for ten minutes, and they would get big laughs.

Alexander cited their mutual friend Jerry Seinfeld for holding similar beliefs about fame and comedy. Maher argued that no matter how famous someone is, the audience gives them “a minute” at most to be funny and doesn’t immediately lap up everything they do. He said that Eastwood could have “easily bombed,” but he managed to make the routine work.

Soledad O’Brien pointed out that not only did Eastwood’s routing eclipse both Marco Rubio and Mitt Romney‘s speeches, but Invisible Obama is an overnight Twitter celebrity. Alexander added that the same conservatives who loved Eastwood’s speech often mock him over Twitter for being an actor expressing his political views.

Ron Christie, the only Republican on the panel, admitted that he was embarrassed by Eastwood’s rambling routine, especially considering how important a night it was for his party.