Bill Maher Defends SOPA: ‘There Is A Moral Dimension To’ Piracy No One Talks About

Maher Defends SOPA: 'There Is A Moral Dimension To' Piracy No One Talks About 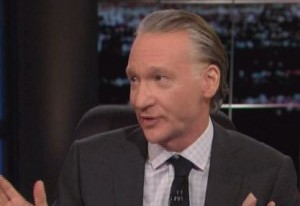 In perhaps what was the biggest surprise of his show tonight, Bill Maher defended the proposed Stop Online Piracy Act, even as the bill has been temporarily shelved, arguing that “there is a moral dimension” to online piracy and dismissed concerns that the bill would harm internet freedom as a “red herring.” He jokingly called online piracy “caucasian looting” and insisted that even if pirates are ‘just because you’re sitting at your computer in your pajama bottoms doesn’t mean you’re not stealing.”

Maher admitted that he has not read the proposed legislation, which could penalize websites that merely link to infringing material, but he explained that his more hawkish views in the piracy debate came from his reaction to online users downloading illegal copies of Maher’s comedy-documentary Religulous. Maher claimed so many people downloading the film ate into its profits.

RELATED: Jon Stewart On SOPA: ‘A Plan To Prevent Teen Pregnancy That Fills Penises With Cement’

However, Republican presidential candidate Buddy Roemer came out strongly against it, arguing the whole point of the bill was to give the government more power to manage the internet. Matt Lewis, contributor for The Daily Caller, brought up the controversial provision of SOPA, that if a link to any pirated material is found on a website and someone (like a copyright holder) makes a complaint, the government could take the website down in response. And with Jennifer Granholm getting applause for her praise of internet advocacy, Maher was alone in voicing any support for the bill, quipping that the protestors’ main goal was “We want more shit!”