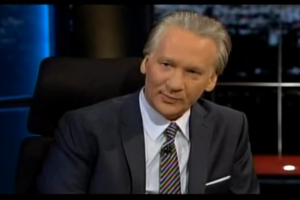 Like most of the media this week, Bill Maher and his Real Time panel last night spent a great deal of time trying to explain the reasons why the Arizona shootings last week occurred. And while it was clear that Jared Loughner committed the acts because of mental problems, the question was why people like him turn to violence in the first place. One suggestion Maher put on the table: America’s lack of universal health care.

The official topic at hand was gun control, and gun culture in certain parts of the country. Maher noted that it appears “half the country is armed and half isn’t,” leading to a troubling cultural divide, and unevenly distributing violent crime. Looking for a different model, the panel turned toward Canada, which has strict but not entirely prohibitive gun laws and one of the lowest crime rates in the world. Thomson Reuters Global Editor-at-Large Chrystia Freeland brought her own personal experience to the debate, having been raised in Calgary, and pointing out that, despite people owning guns (including her dad), shootings are few and far between. Keeping with the Canada theme, she also noted that bank regulations had helped Canada avoid a problematic economic situation, and that they have government-subsidized health care.

Maher pounced on this last bit to return to the topic at hand, but didn’t make the conventional connection. Many will argue that lack of adequate mental health services will keep a crazy person crazy, and thus in some cases attract them to violence and make them more likely to commit violent acts. From this skeleton of an argument, Maher constructs something slightly more elaborate, and significantly flimsier:

The argument doesn’t really speak to gun regulation at all so much as the desires of crazy people to pick up guns, so the panel steered towards debating mental health over gun control instead, but couldn’t tie them together again the way Maher was attempting to.

The segment from last night’s Real Time on HBO below: