After going off on the similarities between the language in that manifesto and President Donald Trump‘s rhetoric, Maher brought up Carlson’s comments, in which the Fox News host mocked the idea of white supremacy as a serious problem and said it’s a “hoax” like Russia.

“It’s scary the way some of this stuff is going so mainstream,” he said, before recounting Carlson’s remarks “You’ve gotta love Republicans. Global warming’s a hoax. Russia, that was a hoax. White nationalism is a hoax. Hillary Clinton runs a pedophile ring out of a pizza parlor? Completely true.”

Maher said that if Carlson really thinks he hasn’t met a white nationalist, he has. And he showed this picture: 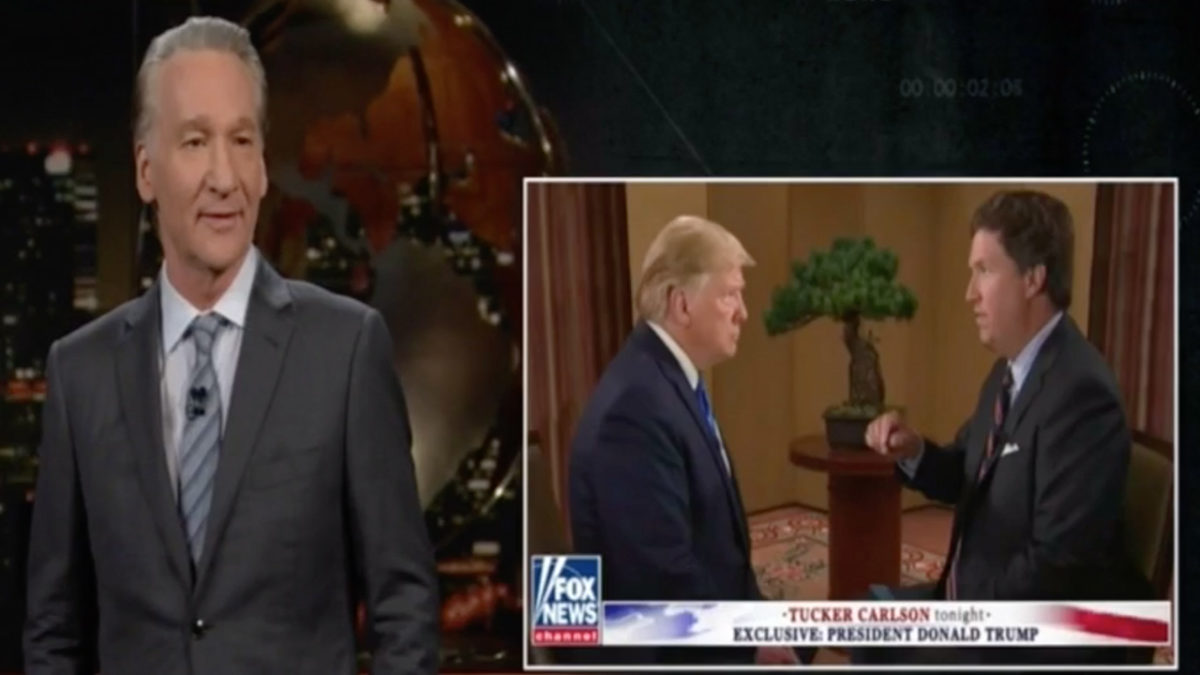 You can watch above, via HBO.