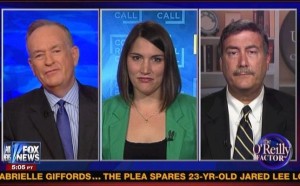 Bill O’Reilly revisited the topic of liberal media bias on his show tonight, examining exactly what kind of impact such bias will have on the election. He presented theories on why not just many journalists are liberal, but why so many young people support the president. O’Reilly predicted that the influence of the pro-Obama media bias will end up with the president getting a few more percentage points in the popular vote.

RELATED: McCain To Hannity: Pro-Obama Media Bias Is Just ‘Something We Have To Accept’

O’Reilly cited studies showing that more journalists favored John Kerry than George W. Bush in 2004, that more describe themselves as more liberal then conservative, and that a higher percentage of the stories about John McCain in 2008 were negative than for Barack Obama. O’Reilly said that in this election cycle, stories that make Obama look bad have been and will be played down, while any small issue dealing with Mitt Romney will be exaggerated to the nth degree.

O’Reilly argued that as a result of the mostly pro-Obama media coverage, many undecided voters who do not pay much attention to national politics will be swayed by the coverage and vote for the president.

But why are so many journalists liberal? O’Reilly posited that it is partly do to peer pressure and the liberal academic environments they grew up and were educated in. Larry Sabato agreed with O’Reilly that there is “a lot of bias in the media,” but said he was exaggerating the impact on undecided voters. Shira Toeplitz added that many undecided voters generally tune out the media and are not paying attention.

O’Reilly countered that they still “catch snatches” of the political coverage, and a lot of it ends up favoring the Democratic side. Sabato argued that many people who don’t pay attention to politics end up not voting anyway. When pressed by O’Reilly on young voters and their support of the president, Sabato predicted youth voter turnout would drop from 2008.

O’Reilly questioned Sabato as to why so many young people support Obama when they don’t know enough about him or his policies to make an informed decision. As soon as Sabato mentioned the media, O’Reilly said, “I rest my case.” He concluded the segment by saying that while Walter Cronkite was “a raving liberal,” he “hid it” and didn’t show any political bias in his coverage, unlike many reporters today.