Bolton Speaks Out to ABC News: Putin Isn’t Worried About Trump, ‘Thinks He Can Play Him Like a Fiddle’ 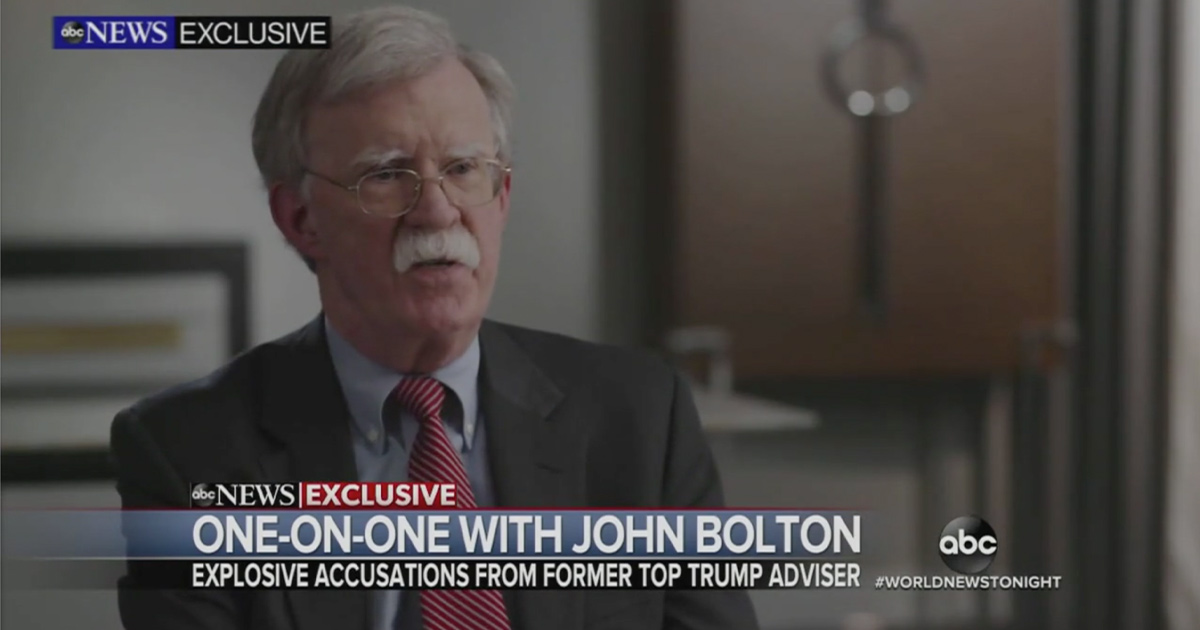 A number of reports have already come out detailing some serious allegations from John Bolton about President Donald Trump’s conduct on foreign policy, and now ABC News is showing a preview of his first big TV interview.

.@MarthaRaddatz: “How would you describe Trump's relationship with Vladimir Putin?”

John Bolton: “I think Putin thinks he can play him like a fiddle.”

Watch more from the exclusive interview this Sunday at 9|8c on ABC. pic.twitter.com/VALmx3Z0f0

The clip shows Martha Raddatz asking Bolton, “How would you describe Trump’s relationship with Vladimir Putin?”

“I think Putin thinks he can play him like a fiddle,” Bolton responded. “I think he sees that he’s not faced with a serious adversary here. I don’t think he’s worried about Donald Trump.”

Raddatz asked what happened to the idea of Trump as a “dealmaker.” Bolton said this in response:

“Well, the president may well be a superb dealmaker when it comes to Manhattan real estate. Dealing with arms limitation treaties on strategic weapons, dealing in many, many other international security issues are things far removed from his life experience. When you’re dealing with somebody like Putin, who has made his life understanding Russia’s strategic position in the world, against Donald Trump, who doesn’t enjoy reading about these issues or learning about them, it’s a very difficult position for America to be in.”