‘Book ‘Em, Danno…Eventually”: Hawaii Five-O Is The Most DVR’d Show Ever 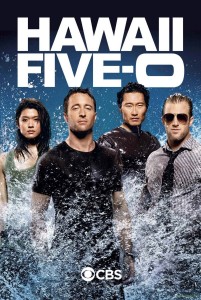 Hawaii Five-O, the CBS remake which prompted about a dozen reviews all leading off with some variation of the line, “Hey, this is better than I thought it would be,” has received a strange new honor: it is apparently the most DVR’d show ever. It would appear that there are a whole lot of people who want to enjoy the adventures of McGarrett, Danno, Chin Ho, and Kono. They just want to do it on their own time.

“‘Hawaii Five-O’ tops the list — and sets a new industry record — after an additional 3.374 million people watched the very first episode within a week of its Sept. 20 broadcast.

Those viewers get added to the 14.213 million people who had watched the ‘H5-O’ unveiling that first Monday of the season, for a grand total of 17.587 million viewers.

CBS research chief David Poltrack notes that ‘H5-O’s’ DVR surge is bigger than if everyone in Chicago — the country’s third-largest city, behind only New York and Los Angeles — had all agreed to watch the cop show’s debut via DVR.”

It’s an interesting accomplishment since it’s hard to say how this will help the show. It’s not like CBS can brag about this number to advertisers (“Wait, there are a lot of people who are gonna skip our commercials?” “The most people!”). Still, it’s incredibly impressive for a new show. As Lisa de Moraes stresses in her piece in the Post, everyone expected this title to be captured by a returning hit.

So what caused the everyone to set their boxes for Five-O? Did that many people want to see Grace Park in a bathing suit? Did all of the DVRs that couldn’t find $#*! My Dad Says just record this instead? Or, maybe, people just really wanted to record that awesome theme song so they could play it whenever they want.