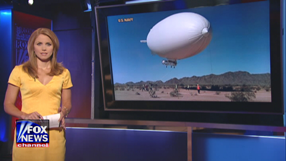 Jon Scott will be Lee’s co-anchor. Lee has been anchoring FBN’s Fox Business News with Connell McShane, and also contributes to Imus In The Morning. No word yet on what happens to those roles. She has filled in on Happening Now in the past.

Lee, 30, was one of the two anchors to kick off the premiere broadcast of Fox Business Network in October 2007.

In making the announcement, Clemente said, “When Jane approached us expressing her desire to step down, we were faced with a dilemma considering her contributions to the success of Happening Now. After looking at numerous internal candidates and their individual skill sets, we felt Jenna’s combined passion for journalism, energy and enthusiasm would make her an ideal choice.”

Lee added, “I’m both honored and humbled for this opportunity to be joining a group of highly talented journalists. While I’m sad to leave behind the colleagues whom I’ve worked so closely with in building FOX Business, I’m very excited to embark on a new challenge within the FOX family.”

Hired by FOX News Chairman & CEO Roger Ailes prior to FBN’s 2007 launch, Lee co-hosted both FOX Business Morning from 5-6 AM/ET and FOXBusiness.com Live Morning Edition from 6-9 AM/ET. She was also a part of the Money for Breakfast ensemble during its two year tenure. Recently, she has served in the news anchor role for the FOX Business simulcast of Imus in the Morning while also providing business news updates throughout the day for both FBN and FNC’s hard news programming.

Before FBN, she served as a news anchor and reporter for Forbes.com providing daily market updates and breaking news from Wall Street, in addition to conducting CEO interviews for the site’s video programming. A graduate of the Columbia University Graduate School of Journalism, Lee began her career at NY1 as a writer and segment producer for Fortune Business Report covering the stock market, real estate, personal finance and the retail industry. She also contributed to Inside City Hall, the live nightly political show, and served as a writer for NY1’s morning newscast.