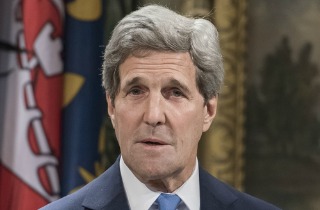 The P5+1 powers and Iran reached a nuclear deal after months of tense and tenuous negotiations. Echoing Ronald Reagan, President Barack Obama promised the deal was “not built on trust. It is built on verification.”

The negotiations, intended to restrict Iran’s nuclear development in exchange for an easing of sanctions, have lasted more than a year and been plotted by Secretary of State John Kerry for even longer than that.

A successful deal is widely viewed as Obama’s second term and major foreign policy legacy, leading some to suspect he would sign on to a bad deal. Critics warn the deal will give too much leeway to Iran to continue down a path toward a nuclear weapon, which would fundamentally alter Middle East power dynamics in favor of a terrorist sponsor-state. The administration counters that a successful deal is the best way to prevent that.

What’s in it? Per the New York Times:

In 18 consecutive days of talks here, American officials said, the United States secured major restrictions on the amount of nuclear fuel that Iran can keep in its stockpile for the next 15 years. It will require Iran to reduce its current stockpile of low enriched uranium by 98 percent, most likely by shipping much of it to Russia.

That measure, combined with a two-thirds reduction in the number of centrifuges spinning at Iran’s primary enrichment center at Natanz, would extend to a year the amount of time it would take Iran to make enough material for a bomb should it abandon the accord and race for a weapon — what officials call “breakout time.”

But American officials acknowledged that after the first decade, the breakout time would begin to shrink. It was unclear how rapidly, because Iran’s longer-term plans to expand its enrichment capability, using a new generation of centrifuges, will be kept confidential by the Iranian government, international inspectors and the other parties to the accord.

Obama warned Congress to keep its hands off. “I will veto any legislation that prevents the successful implementation of this deal,” he said. A bipartisan coterie of Senators have expressed wide distrust over the very concept of negotiating with Iran.