Brian Stelter Calls Out BuzzFeed’s ‘Casual’ Request for Comment to Mueller: ‘That’s a Dereliction of Duty!’

Stelter pressed the pair on their editorial process, with Cormier noting the story was in the works for “months” and Smith saying it went through “at least three editors” before it was published.

The CNN host honed in on an email sent from Cormier’s co-author, Jason Leopold, requesting comment from the special counsel’s spokesman Peter Carr. 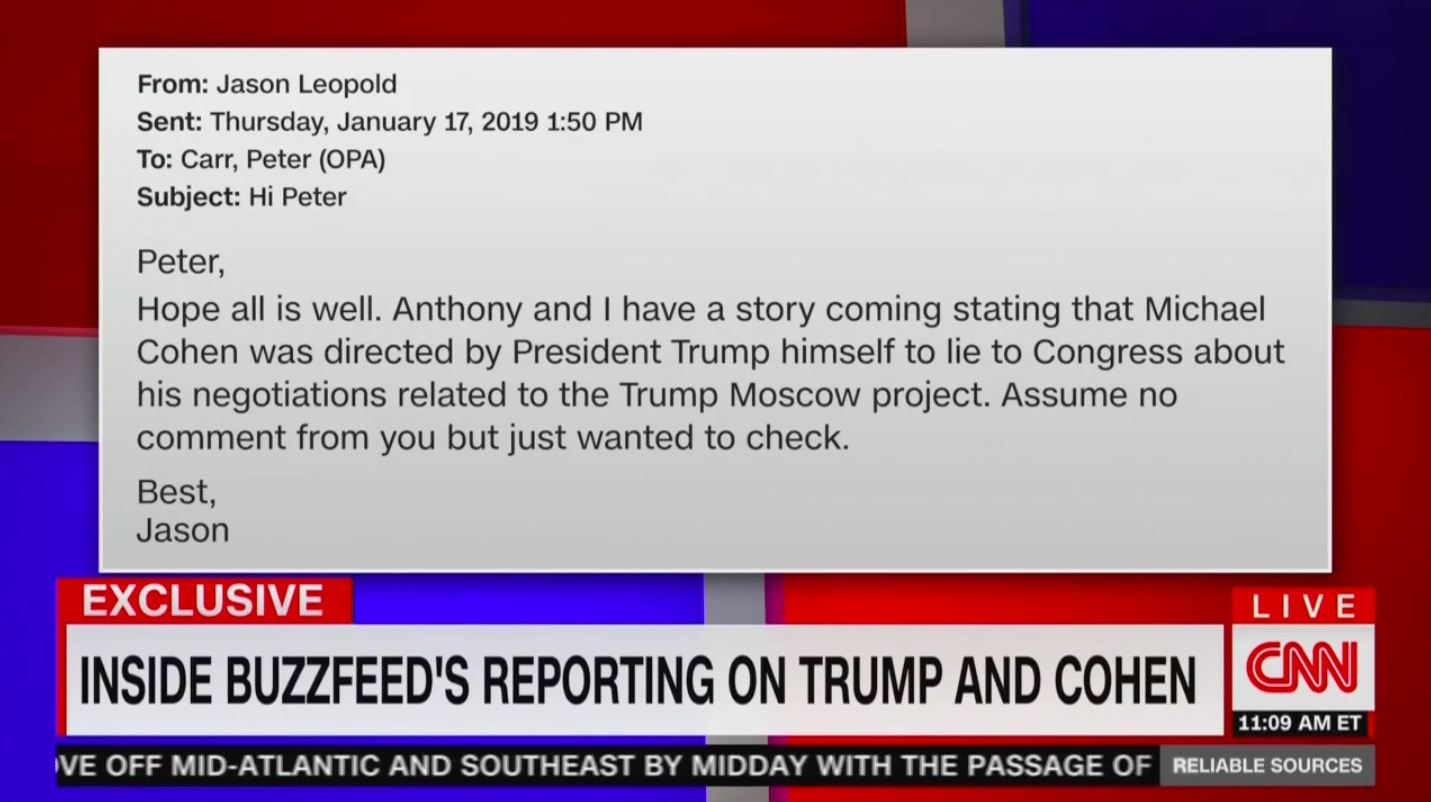 Smith conceded that the Washington Post reported that Carr claimed he would have given more information had he been asked differently. The top BuzzFeed editor insisted that the news outlet was genuinely “reaching out to get information.”

“But come on, one paragraph?” Stelter exclaimed. “That’s a dereliction of duty to send a three sentence email!”

Smith pushed back by highlighting BuzzFeed’s extensive reporting on the Mueller investigation and pointed out that the special counsel rarely provides comment.

“I think that what you’re saying is that you agree but you don’t want to say that,” the CNN host added.