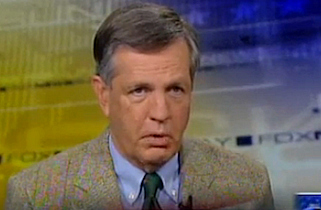 “[Boehner] was not strong enough to do that during the round of negotiations that led to the shutdown,” Hume said. “So he let them have their way, and they tried this defund strategy, it led to the shutdown. He feared it’d be unpopular, which indeed it turned out to be, and they’d get nothing out of it, which is exactly what happened. I think a lot of his members learned their lessons, and now he’s willing to take them on.”

“But look at what’s happening in the Senate,” he continued. “Mitch McConnell, who may be less sympathetic to these groups than Boehner is, is not going to vote for this budget bill, because he’s got a primary challenger, and that’s where these groups have their effect.”

“There is a war within the Republican Party,” Hume explained. “There’s a certain set of outside groups which have opposed so many things that the Republicans have tried to do and actually pass, and who are satisfied with nothing that we could ever get through the Senate or past the President, and there’s enough people in the country with money in their pockets who want to spend on politics, and who will keep these groups flush if they will keep up their opposition.”