Brit Hume To Laura Ingraham: ‘Harsh Criticism’ Of Romney’s Mormonism May Help Him 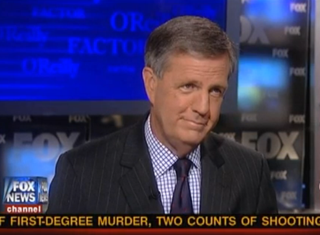 The closer Mitt Romney gets to the Republican nomination, the more he becomes the target of attacks from the left, and his religion has come under scrutiny from some in the press- particularly Lawrence O’Donnell who dedicated a segment to the history of the LDS Church. On tonight’s O’Reilly Factor, host Laura Ingraham asked Brit Hume whether he believed this could damage Romney’s run, but he argued that, if anything, it may actually help.

“Is there any real evidence that their Mormonism affects the way they govern?” Hume asked, noting that several public servants who are Mormon have been in the public eye for long enough that any detriments to society of them running for office should be somewhat evident by now. Ingraham agreed there was nothing, but what bothered her the most is that the attitude against Romney could pass because he is “an upper crust guy,” but having the same concerns about someone for being a Muslim would be decried as bigotry. Hume did not think Americans would react favorably to the attack on Mormons, however. “Harsh criticism of people’s religion goes badly with most Americans, even if they don’t share it,” he argued, instead noting that a bigger problem for Romney would be that the Republican primary has been brutal, which hurts with some voters. While he predicted that “candidates are usually enlarged by the image of winner… as a nominee” and a “reset” occurs that lets people take a second look at a general election candidate, he predicted that “women, perhaps more than men, dislike this kind of brawling,” and that sort of problem could be a large hindrance.

Ingraham also wondered whether waiting until the end of the summer to make a choice of vice president was wise– for her, “the sooner he chooses, the better.” Hume disagreed. “the story of this convention from decades now has been who is the vice presidential selection,” he argued, and squandering that energy earlier gives more time to the opposition to attack the person and weakens the energy of the convention.