Can Watching the Right TV Shows Make You Less of a Bigot?
Watch more TV

Can Watching the Right TV Shows Make You Less of a Bigot? 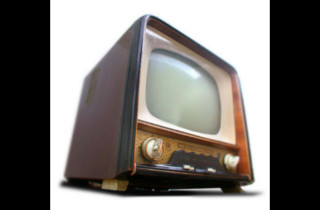 A new study presented before the Society for Personality and Social Psychology involved an experiment suggesting that watching TV shows that feature unfamiliar types of characters in everyday contexts can have a positive effect on viewers’ cultural attitudes and prejudices.

In the study, one group of participants viewed a Canadian sitcom that featured positive representations of Arab Muslim characters, while another group watched a similarly-structured show that had an all-white cast. (It was Friends.) Little Mosque on the Prairie for six seasons explored “the funny side of being a Muslim and adapting to life in post 9/11 North America,” according to the New York Times review of its first season. The show gently engaged culture clash, themes of prejudice, and the conflict between conservative and liberal interpretations of Islam, all through the lens of a Canadian-Muslim family caught up in familiar sitcom shenanigans.

Four to six weeks after watching their respective TV shows, when participants were tested about their feelings toward Muslims, the group that watched episodes of Little Mosque showed less anti-Muslim bias than their Friends-viewing counterparts.

“We thought the effect might be dampened with the groups actual media exposure prior to watching the program. Typically Muslims and Arabs are shown on television as more violent and aggressive and are shown in more stereotypical ways like as terrorists,” said Sohad Murrar, the study author. Murrar is a graduate student studying social and personality psychology in at the University of Wisconsin-Madison. “It was particularly exciting to see this positive shift it was quite a robust effect, and we think if people’s prejudice was dampened in this case, this could be applied to other target groups.”

Earlier research has shown that television can be a powerful socializing agent and change attitudes toward women, toward African Americans such as The Cosby Show did, and people who are gay, such as Will & Grace did, and even about death, as Six Feet Under did in both positive and negative ways.

Family Research Council — an anti-LGBT lobbying group that “often makes false claims about the LGBT community based on discredited research and junk sciences,” according to the Southern Poverty Law Center — has taken notice of the influence primetime TV can have in countering bigoted views. FRC’s Bethany Demmin invoked Will and Grace in a lecture she gave to a group of students at Liberty University in December.

“Politics is downstream from culture,” Demmin said, “not the other way around. Perfect example: the Obergefell Supreme Court same-sex marriage decision. That didn’t happen overnight. The culture in our nation, the cultural attitudes, the understanding that the feeling towards homosexuals in our culture had shifted long before the Supreme Court made their decision. And there are some who even say Will and Grace… was hugely instrumental, and so much of our pop culture has been hugely instrumental in changing the cultural attitudes.”

The Miami Herald‘s Leonard Pitts Jr. noted that Little Mosque wasn’t a great show (“earnest, amiable, and about as funny as Schindler’s List,” he wrote). But shows like it, which make relatable the experiences of unfamiliar types of characters, had enormous cultural value. He wrote:

Murrar’s study is only the latest to quantify this. And mind you, some of us didn’t even need a study to know it. Some of us have always regarded the likes of Sidney Poitier and Diahann Carroll, Ellen DeGeneres and Will and Grace, Mary Tyler Moore and Cagney and Lacey as the unsung heroes and secret weapons of the movements for African-American, gay and women’s freedom.

Still, Murrar’s study underlines a truth often overlooked when the talk turns, as it has with this year’s snow white Oscar nominations, to Hollywood’s dubious track record on diversity. Namely, that inclusion is not some enlightened sop to political correctness. Nor is it just good business, though it is that.