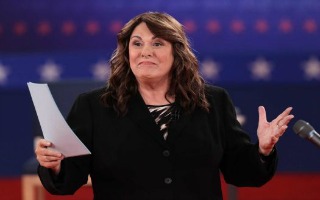 On Monday, I wrote that it would be wrong to prejudge CNN host Candy Crowley before she turned in her performance as a debate moderator. Just the week prior, ABC reporter Martha Raddatz was preemptively criticized for inviting President Barack Obama to attend her wedding in the 1990s, but she ended up being a straight moderator who advanced the vice presidential debate admirably. I wanted to extend the benefit of the doubt to Crowley, to not preemptively criticize her before she was worthy of criticism. Well, the verdict is in and criticism is entirely warranted.

My singular take away moment of last night’s debate was one that elevated Crowley from moderator to debate participant. Crowley shot from the hip and echoed a talking point from the Obama campaign regarding their handling of the Libya attack to criticize Mitt Romney mid-debate. What’s more? She was wrong. Crowley did her profession a disservice last night and confirmed many Americans deepest suspicions about the media in the process.

During the debate, when President Obama was challenged – as his administration has been for weeks – about the White House’s handling of the attacks in Libya, he bristled with indignation over the suggestion that he was taking this attack with anything but the utmost seriousness.

Romney responded by criticizing the president for his administration’s efforts to create the public impression that the attacks in Libya arose from a series of demonstrations against an offensive YouTube video. He accused the president and his administration of refusing to call the attack in Libya an act of terrorism for nearly two weeks. Obama objected and told him to look at the transcript. Crowley, rather than moderate the exchange, jumped into the fray and said that Obama had, in fact, called the incident terrorism.

The timeline of events regarding Libya is clear. After weeks of the president’s surrogates, and the president himself on programs like Late Night with David Letterman and at the United Nations, saying the Libya attack resulted from a spontaneous demonstration, the story began to unravel. Drip by drip, it became clear that security at the consulate was lax, the station had come under attack before and there was never any demonstration outside the Benghazi consulate.

Knowing they were caught in a distortion of the truth, the Obama campaign began pointing to the president’s Rose Garden address on the day after the 9/11/12 attacks to show that his administration had always referred unambiguously to Libya as an act of terrorism.

“No acts of terror will ever shake the resolve of this great nation, alter that character or eclipse the light of the values that we stand for,” said Obama in the Rose Garden on September 12, after two paragraphs of recounting how Americans responded to the attacks of September 11, 2001.

The Obama campaign, knowing that they had advanced a false narrative for weeks and were being called on it, found the word “terror” in his initial response and relied on that speech to show that the president had known the Libya attack was terror all along.

This is wildly offensive to everyone who followed the story closely. The president seemed to think that he could perhaps get away with it if he had the assistance of complicit journalists who would not fact check that hard. He could not have known the kind of gift he would receive from Candy Crowley — amid a presidential debate, no less.

Following the debate, Crowley appeared on her network where she shrugged and half-heartedly admitted that Romney was correct – that the Obama administration never described the Libya attack as a terrorist act and that they spent the better part of a month trying to convince the nation that what happened in Benghazi was anything but a premeditated assault. Crowley’s instincts in the moment led her to chastise Romney because she felt “he used the wrong word.”

It was a shameful display and an indictment of so much of what is wrong with the media today. Broadly, it is also the reason why so few Americans trust the fourth estate –reporting means never having to say you’re sorry. Sometimes engaging in inaccurate opinion journalism does require a correction.