Carson Blames WaPo Over Reports of Campaign Shake-Up: ‘Had Their Story Already Written’ 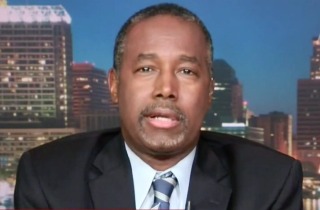 Ben Carson appeared on CNN tonight to clear up the reports about a potential campaign shakeup and ended up blaming The Washington Post for having an agenda as they interviewed him.

Now, just for review, Carson did a number of interviews today, one of which was with The Washington Post, saying that there’s going to be some big changes to his campaign coming soon. He specifically told the Associated Press that includes “personnel changes.”

Carson’s campaign manager was unaware of all this, and over the course of the day there was much discussion about internal chaos in the Carson camp.

But as of tonight, Carson is saying he has “100 percent confidence” in his team and told Don Lemon that “we are constantly looking at everything” and that’s all he meant.

He said WaPo “had their story already written before they talked to me,” and insisted that they were “looking for a way” to criticize him no matter what.

Lemon repeatedly pressed Carson on specific changes he wants to make to his campaign. Carson was rather vague, and Lemon brought up the suggestion that he might not have the best people surrounding him now that the campaign is focused on national security and terrorism (not exactly Carson’s strengths).

Carson went back to blaming The Washington Post and reporter Robert Costa in particular for a story he wrote months ago about how his campaign was in total shambles.

“I thought maybe he would be a little more chastened in the way that he reported this time,” Carson said, “but apparently not. I guess a leopard doesn’t change its spots.”

Costa had some pretty thorough reporting earlier today about what he described as “mixed signals” and “chaos” in the Carson camp. Here’s the highlights:

Chaos in Carson world- Carson spends morning fuming about campaign's fall and spending. Then has 3:30 call w/Bennett and says BB still in

Meanwhile Carson has been reaching out to possible new consultants w/o Bennentt's input, per two Rs close to Carson

Just now, AW told WaPo to "take what the candidate said to you, in his home & on his invitation, seriously." He spoke to Carson in last 30m

What happened today was surreal: Armstrong and Carson invited WaPo and AP for candid staff shake up intvw w/o Bennett knowing…

Once Bennett gets word of possible coup chatter, he connects with Carson who plays down his rogue intvw comments in private 330pm call

Then Bennett issues camp /Carson statement trying to put out fire. Yet at same time Armstrong is on phone w/ candidate talking thru things

And then moments ago Armstrong and another Carson insider call WaPo to insist Carson meant exactly what he said in AP, WP intvs

And if all that’s actually happened today, quite a far cry from “they had their story already written.”