Charles Barkley: ‘Every Black Parent in the South’ Whips Their Kids 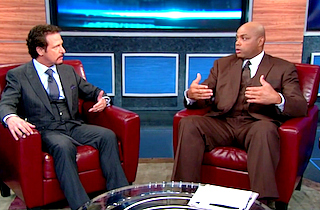 During an NFL pre-game Sunday morning, former NBA star Charles Barkley said that whipping or spanking a child was par for the course in the south, and that the media needed to be more careful distinguishing “child rearing” from “child abuse” before lecturing others on how to raise their kids. The discussion came after NFL star Adrian Peterson turned himself in to authorities last week for a felony charge of child abuse.

“I’m from the south,” Barkley said. “Whipping, we do that all the time. Every black parent in the south is going to be in jail under those circumstances. I think we have to be careful letting people dictate how they treat their kids.”

“I don’t believe that because, listen, we spank kids in the south,” Barkley said. “I think the question about did Adrian Peterson go overboard? But we all grew up in different environments. Every black parent in my neighborhood in the south would be in trouble, or in jail under those circumstances.”

Barkley didn’t accept the term “beating,” and acknowledged that he had had welts from “child rearing” that looked similar to those of Peterson’s son.

“That’s fair,” Barkley said. “Maybe we need to rethink it but i think we have to really be careful trying to teach other parents how to discipline their kids. that’s a very fine line.”

Watch the clip below, via CBS Sports: