Chicago Reporter: I Went On Fox News Because They Were the Only Ones to Invite Me

Chicago Reporter: I Only Went On Fox News Shows to Talk Smollett Because They’re the Ones That Invited Me 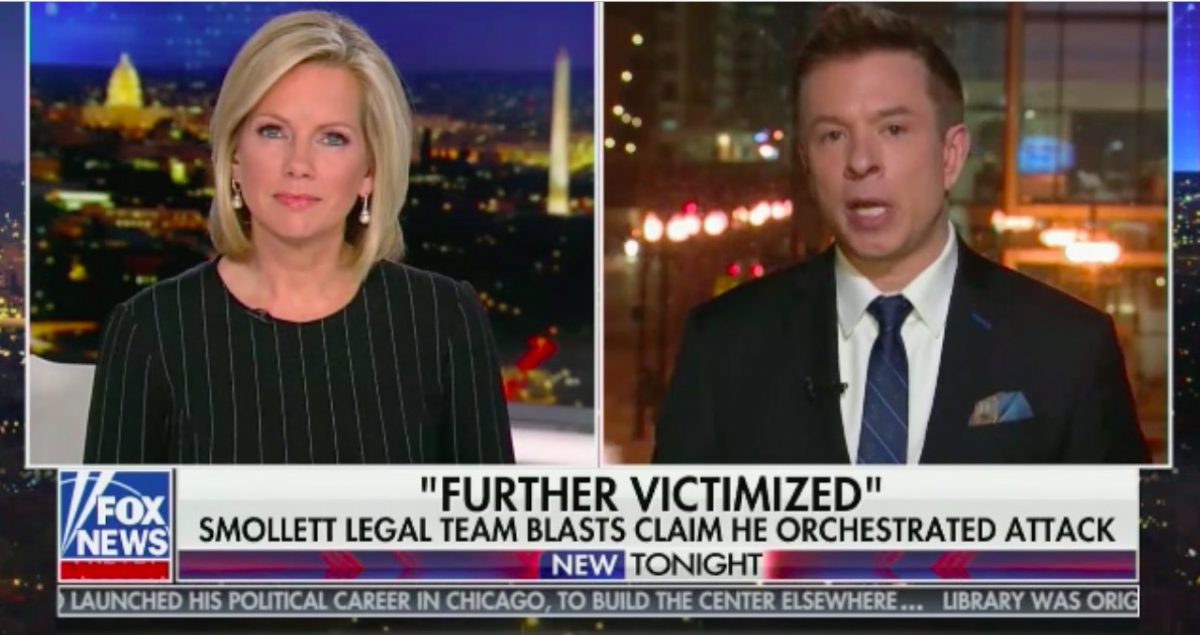 As the tables have turned on Empire actor Jussie Smollett, with evidence pointing to him staging his own attack, many of the latest developments have be reported by the local reports in Chicago.

One of the reporters recently appeared on a few Fox News shows and responded to questions on why he went on shows like Hannity and The Ingraham Angle.

Fox 32 Chicago reporter Rafer Weigel said those were the only shows to invite him on:

For those asking me why I only went on @seanhannity @IngrahamAngle and @ShannonBream on @FoxNews, to talk #JussieSmollett and not any others—simply, they are the national TV shows that asked me to come on.

Nader Issa, a reporter with the Chicago Sun-Times, and Adrienne Samuels Gibbs, who has been writing on the story for Forbes, have also been invited to CNN:

Update. Print reporters @NaderDIssa @AdrienneWrites were booked on CNN. Anyone else, let me know.

Some of the most prominent reporters with respect to the Smollett story have only received booking requests from Fox News. pic.twitter.com/5fWoRhChPI

With the story taking such a drastic shift from when it first broke, some have asked why these press people are not receiving as much attention as one would think.

FWIW — I think booking @RobElgasABC7 and the other local Chicago reporters who have led the way on this story would be an excellent idea https://t.co/0Y20XxeNNA

CNN’s Brian Stelter blamed it on how “Local stations frequently say no to our booking requests” and the process is “very complicated for reasons that will probably bore you”:

Local stations frequently say no to our booking requests. It’s very complicated for reasons that will probably bore you ? Network relationships, etc. But we regularly try anyway

Weigel did say he’d be willing to appear on Reliable Sources if asked.