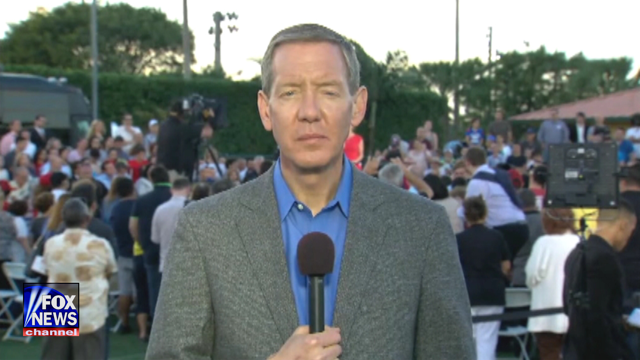 It was announced today that a reporter who has been with Fox News since the channel debuted would call it a career with the network.

Chief political correspondent Carl Cameron is leaving FNC after starting with Fox News in 1995, a year before it took to the air. In a statement on Cameron’s retirement, President of News Jay Wallace said the following about the departing correspondent:

“Carl has been the heart and soul of our political journalism for the entire existence of FOX News. We are immensely proud of his exemplary reporting in the halls of Congress, the White House briefing room and most notably on the presidential campaign trail, as the indelible Campaign Carl. We are incredibly sad to see him go, but we understand his desire to retire and embark on a new chapter after a storied and stellar career.”

Cameron addressed his colleagues in an email, letting them know he will “always be immensely grateful for the relationships, experiences, and many lessons over the last two decades.”

He touched on some of the momentous events he covered in his time at Fox News, such as the 200 presidential election, the 9-11 terror attacks, Hurricane Katrina and the election of the first black president, Barack Obama.

“I’m honored and overwhelmed to have been a part of it as your Congressional correspondent, Chief White House correspondent and most of all Chief Political Correspondent,” Cameron wrote.

He also let them know that this wasn’t the last they’ve seen of him or his wife, Moira Hopkins, telling Fox News employees not in Washington, D.C. to look them up when they’re in town.