Chris Christie: ‘I Don’t Need to Be Lectured’ by Hypocritical Ted Cruz
video

Chris Christie: ‘I Don’t Need to Be Lectured’ by Hypocritical Ted Cruz 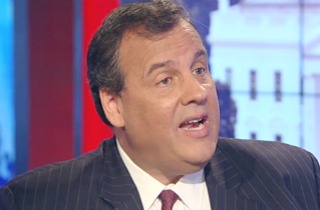 Senator Ted Cruz is not joining some of his presidential rivals in condemning Donald Trump‘s remarks about Mexican immigrant criminals and rapists. He applauded Trump’s candor and said he won’t play the media’s game of Republicans taking shots at other Republicans.

Well, Chris Christie clearly doesn’t feel the same. Just today, he said Paul will be to blame for the next terrorist attack on the U.S., and he also went after Cruz.

After denouncing Trump’s remarks, Christie said, “I find it ironic that Ted Cruz is giving lectures on Republican-on-Republican violence.” He pointed to Cruz’s connection to a group that sponsored primary ads against incumbent Republican senator Lamar Alexander.

Christie was referring to Cruz’s ties to the Senate Conservatives Fund, a group that not only wants to get conservative Republicans elected, but wants to take down more moderate establishment Republican figures in the process. Cruz cut an ad for them for another Senate race, but according to The Hill, the SCF didn’t raise money for Alexander’s opponent or make an official endorsement against Alexander.

Christie concluded, “All due respect, I don’t need to be lectured by Ted Cruz.”

A Cruz spokesman told The Hill in response, “Governor Christie is a good man and we appreciate more than he knows his taking the time to point out Senator Cruz’s unceasing efforts to help get more conservatives elected to Congress.”