Chris Christie: 'Nobody in the Real World' Cares About Trump
VIDEO

Chris Christie: ‘Nobody in the Real World’ Cares About Donald Trump 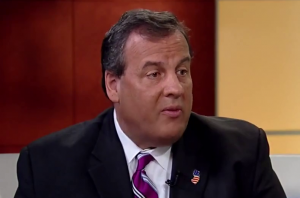 Republican presidential candidate Chris Christie asked the media establishment Monday morning to move on from the constant Donald Trump questions, telling the hosts of Fox and Friends that “nobody in the real world” cared about his distracting candidacy.

“…Donald Trump has been in the news and has been saying that we’ve got to do a lot more about immigration. He’s made comments that have frustrated some of your fellow Republicans, who have said he’s setting the wrong tone for the party. Where do you stand?” asked host Steve Doocy.

“When I’m out there talking to folks, nobody in the real world asks me about this. Nobody,” he said. “But anytime I get on a media show, all anybody wants to talk about is Donald Trump.”