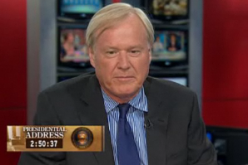 Chris Matthews is very puzzled why more people don’t like Obama. At the end of his Glenn Beck, John Hagee discussion last night Matthews puzzled over President Obama‘s recent unpopularity as manifested in Pew polls revealing more and more of the country is confused about whether Obama is a Muslim (read: foreign, scary). How can this be when Obama’s personal story is as American as you can get?

And the wonderful thing about this country is you can grow up to be, basically, what you — you know, it’s a ” Great Gatsby” country. You can actually create your own identity and become a person. This guy, Barack Obama– not to get too basic about it – did everything right. He studied hard in school. He obeyed the law. He raised a family. He took care of his family. He was an excellent student. He was on the ” Harvard Law Review.” He did every — he went through the democratic process. He didn’t go out and make a lot of money on Wall Street. He gave himself to his community. This guy is almost pluperfect, and they don’t like him.

What did Barack Obama do wrong? I suppose we could all dive into our Great Gatsby cliff notes in the hopes of finding the answer (and really, “Whenever you feel like criticizing any one…just remember that all the people in this world haven’t had the advantages that you’ve had” could easily work as some apt advice for…well just about everyone involved in media and/or politics today). But Matthews has his own answer: “He didn’t show up at Glenn Beck’s House of Love or whatever it is!” Watch below. Matthews also intends to pay more attention to this Glenn Beck person and his “cotillion” going forward.