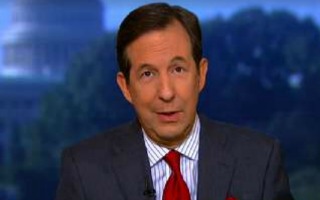 In an interview with Politico, Fox News Sunday host Chris Wallace was asked for his opinion on a recent column by Peggy Noonan, a former speechwriter for President Ronald Reagan and columnist for the Wall Street Journal. Noonan recently wrote that Mitt Romney’s presidential campaign is “incompetent” and a “rolling calamity.” Wallace responded to Noonan’s concerns by questioning her “conservative bona fides.”

“This week I called [the Romney campaign] incompetent, but only because I was being polite,” Noonan wrote in her most recent column. “I really meant “rolling calamity.”

“Peggy Noonan has bashed George W. Bush, based Mitt Romney, wasn’t crazy about McCain,” said Wallace. He also said that Daily Beast columnist David Frum, who was particularly hard on Romney for his comments about the 47 percent of Americans who pay no income tax, “is the guy who turned on George W. Bush.”

Wallace said that columnists like Noonan and Frum can sometimes come off as “New York City’s idea of conservatives.” However, he did not seem to view those Republicans critical of Romney as being completely out of step with the rest of the conservative movment. He said that people like The Weekly Standard editor Bill Kristol represent a more grassroots brand of conservatism, but one that has also displayed disappointment with Romney’s recent missteps.

“I think it’s more of ‘Inside-the-Beltway,” Wallace said. “Some of the people you’ve mentioned, like Peggy Noonan, sometimes they’re New York City’s idea of conservatives. [Bill] Kristol is a different deal. Kristol is a serious, movement conservative, and he never wanted Mitt Romney. He always wanted people of the next generation like Ryan, Rubio — so I think he feels disappointed.”

Watch the interview below via Politico: