Chris Wallace is Right: Having Moderators Fact-Check Debates Would Be a Disaster
Opinion

Chris Wallace is Right: Having Moderators Fact-Check Debates Would Be a Disaster 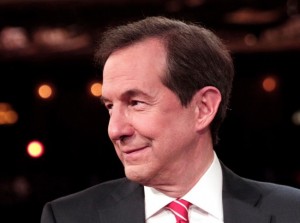 Fox News host Chris Wallace has received harsh criticism the past week over a statement he made Sunday about how he would react if a candidate lied during the presidential debate he’s set to moderate. “That’s not my job. I do not believe that it’s my job to be a truth squad. It’s up to the other person to catch them on that,” he told fellow Fox host Howard Kurtz.

Wallace’s statement was immediately criticized, mostly by progressive journalists who saw it as a capitulation to Donald Trump. How, they asked, could a journalists like Wallace stand by and let candidates blatantly lie to the American people? Now Clinton consigliere David Brock has weighed in and demanded Wallace step down, in part because of his statement.

I have to wonder how many of Wallace’s critics have watched even a single presidential debate. The simple fact of the matter is that debate moderators do not fact-check the candidates. Period. With one very, very notable exception (more on that later), no moderator in the past fifty years has ever felt the need to interject in a debate and tell a candidate they were wrong about something. You can go through the transcripts yourself if you don’t believe me.

Wallace is 100% correct: it’s simply not their job. Presidential debate moderators have many very important responsibilities, including deciding which questions to ask, making sure candidates don’t go over their time, and keeping the conversation moving. Rarely, they’ll press a candidate if they avoiding answering a question. But the responsibility for correcting blatant falsehoods falls on the other candidate. Should the candidate fail to recognize the lie in real-time, their campaign, professional fact-checkers, and reporters catch it and blast in out on social media within seconds.

Really, I get the sense that many of Wallace’s critics fail to understand the entire purpose of debates. Debates are supposed to be adversarial, with two candidates competing to poke holes in the others arguments, knock the other off balance, and win over American voters. They show how well candidates can defend their policies under scrutiny, but also how well-informed they are and how they perform in high-stress environments. In his everyday journalistic duties Wallace is indeed “the truth squad,” but once the debate starts he’s more like a referee. And as Wallace said, the best sign of a good referee is not becoming part of the story.

On the other hand, you have events like NBC’s presidential forum, which was more like a set of two interviews than an actual debate. Here, criticism of host Matt Lauer for failing to press Donald Trump’s lies was justified. When the candidates lied, Lauer was the only one who was expected to set them straight. In a debate, there are two adversaries pitted against each other. In the forum, Lauer was the adversary and he failed in that role.

But so far, this has all been normative rather than prescriptive. Maybe even if Chris Wallace is following precedent, that precedent should be set aside this cycle (“because of Donald Trump,” the argument usually goes). But I’m inclined to believe that having moderators like Wallace fact-check the debates in real time would be an absolute disaster.

The first problem is that if Wallace were to fact-check the debate, exactly whose interpretation of the facts would he be relying on? Professional full-time fact-checkers who spend days checking one fact at a time usually disagree in the end. Fox example, when Joe Biden claimed on the campaign trail that murders and rapes skyrocketed after the number of police in Flint was reduced, Factcheck.org called it a “whopper.” The Washington Post called it “absurd,” and Politifact called it… “Mostly True.”

The Candy Crowley debacle is a perfect illustration of that principle. In a 2012 debate, Mitt Romney claimed that Barack Obama never called the Benghazi attack an act of terror until two weeks later, while Obama claimed that he had in his Rose Garden address days later. But the truth was a matter of interpretation: Obama denounced “acts of terror” in the address, but he never explicitly tied that to Benghazi. Obama defenders said that because the speech was basically about Benghazi, it was fair to assume he was referring to the attack, but Romney defenders noted that he made the statement after a long stretch of discussing the original 9/11 attacks and accused Obama of being intentionally vague to give himself cover.

In retrospect, the truth probably fell somewhere between the two men’s claims and fact-checkers and political observers were divided on the issue. But Crowley independently jumped in and declared that it was objective fact that one man was right and the other wrong, over an issue that was much more complicated than anyone at that town hall made it out to be (Crowley herself later slightly backtracked).

Of course, even when fact-checkers agree, there’s still the chance they simply got it wrong. Had Mitt Romney claimed during the 2012 debates that not everyone on Obamacare could keep their health-plan, presumably debate moderators were supposed to have chimed in and said that wasn’t true. After all, haven’t you heard that PolitiFact rated Obama’s claim “True”?

So having moderators call out falsehoods would only really work for the most undeniable lies, like if Clinton claimed she never had a private email server or if Trump said he never donated to Democrats. But those are also the sort of rhetorical slam-dunks where you wouldn’t expect the other candidate to need or even want the moderator to intervene.

The more disturbing problem is that demanding moderators fact-check debates would allow them unprecedented ability to inject their own bias into the proceedings. As is, moderators do exert editorial control by deciding which questions get asked of the candidates. But giving them the unilateral power to decide when and where they stop the flow of the debate and essentially call one candidate a liar goes far beyond that.

Let us suppose that Wallace is indeed capable of perfectly discerning every fact from every falsehood. In the end, it’s Wallace alone who determines which lies are severe, blatant, or important enough to merit correction. It doesn’t even matter if he enters the debate with the full intention of treating both candidates fairly; unconsciously, certain issues and policies matter more to him personally and he’ll be more sensitive about lies on those topics.

Likewise, reporter’s biases often determine which facts they do and do not retain. Not to pick on CNN’s Brooke Baldwin, but it was amusing to see her demand a fact-check of a Trump surrogate’s claim Friday that Hillary Clinton aides destroyed her Blackberry with hammers, only to express shock when CNN’s Evan Perez told her it was true. To pick on someone else, The New York Times political journalists are surely smart, capable people, but are evidently completely uninformed when it comes to to the Syrian city of Aleppo.

Suppose Clinton said in a debate that her aides never destroyed her phones or Trump said that we should bomb Aleppo, the capital of ISIS. Wallace– who no doubt follows his colleagues on Fox’s opinion-side closely– would have immediately recognized Clinton’s lie while Baldwin would not. A domestic journalist might not recognize Trump’s error, while a journalist with deep ties and interest in the Syrian Civil War would. Even without intending to, by virtue of having different life-styles, life experiences, and interests, debate moderators are already biased about what facts they have in their repository.

This is all assuming the moderators have the best of intentions. If a journalist were gleefully biased, it’d be child’s play to abuse the fact-checking privilege. Just fact-check the candidate you hate and ignore false comments from the one you don’t, and then profess ignorance once the debate is over.

That’s why I can’t help but be amused by Brock’s demand that Wallace step aside. The press release from Media Matters makes two arguments:

Set aside for a moment the absurd guilt-by-association in the first bullet point (I guess Lester Holt should be disqualified by virtue of once working alongside Chelsea Clinton at NBC News? Hell, ABC’s Martha Raddatz invited Obama to her wedding and still moderated a debate). So a secret Donald Trump fanboy who can’t be trusted and isn’t objective… turned down the ability to unilaterally call the candidate they don’t like a liar in front of a hundred million Americans at any point they want. And Media Matters thinks that’s a bad thing?

If anything, Wallace ought to be commended. In an election where journalists are openly calling for rules of objectivity to be flushed down the drain, he’s refused to go along. That may not be popular in today’s political atmosphere, but it is right.