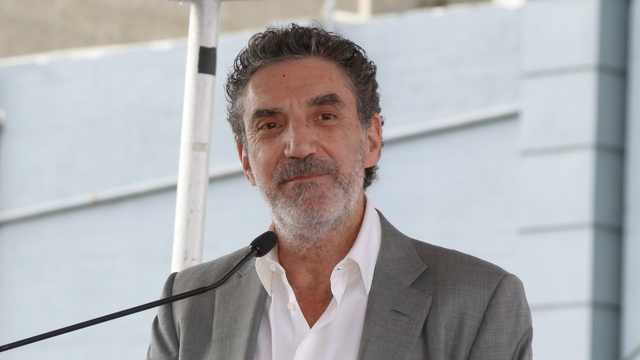 President Donald Trump cares a lot about ratings. Recently, in an interview with the AP, he bragged that he had gotten Face The Nation its highest ratings since 9/11. According to a recent Washington Post report, he also said that he won’t fire Press Secretary Sean Spicer because “the guy gets great ratings.” And, back in February, he actually used the National Prayer Breakfast to ask for prayers for Arnold Schwarzenegger over his Celebrity Apprentice ratings.

At the end of his shows, Chuck Lorre creates vanity cards that often make statements, and this season, a lot of them tend to be about the President. Last night, he decided to hit Trump where it hurts. At the end of The Big Bang Theory, his vanity card included ratings from 2006, showing that his show Two and a Half Men beat Trump’s The Apprentice in ratings. Underneath it, he wrote, “Defeat terrorism and crazy dictators? He couldn’t even defeat Two and a Half Men. 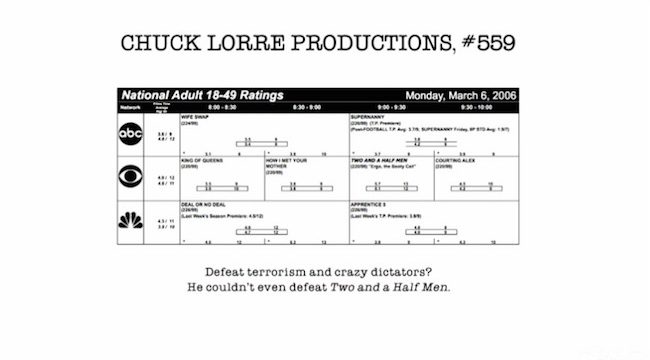