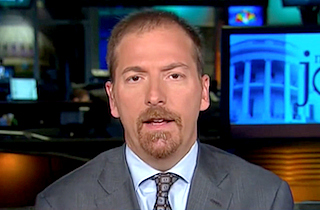 “We’ve seen immigration almost destroy John McCain’s candidacy,” Todd said. “Arguably it did; he revived it because nobody could fill the gap back in ’08. We saw immigration basically end Rick Perry. It’s how Romney survived a conservative challenge. How much more evidence do we need that immigration will absolutely tear the Republican Party apart whenever they’re dealing with it as an issue inside their party?”

“They’re going to have to have a strong leader that knows how to articulate the vision on why we need comprehensive immigration reform,” host Joe Scarborough said. “You look at the polls and there are a lot of Republicans out there that actually believe we need immigration reform.”