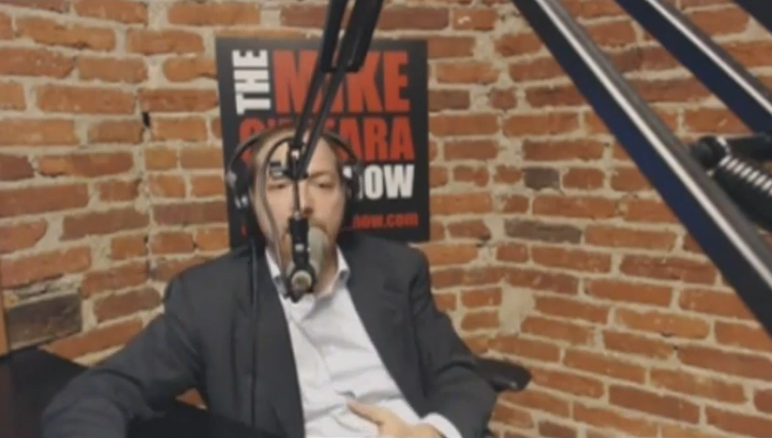 We here at Mediaite often describe the cable news networks’ respective primetime commentariat as “echo chambers” for their often insular appeal to partisans, often omitting strong opposition voices. But you’d probably never expect an employee of one of those networks to agree with that sentiment and outright suggest it’s been bad for politics, would you?

Well, during a Tuesday podcast with The Mike O’Meara Show, former MSNBC host and current Meet the Press moderator Chuck Todd gave a forthright analysis of how cable news has affected political discourse.

“There’s no point of view to Meet the Press,” he asserted in a clip first flagged by conservative media site NewsBusters. The topic of conversation was how Todd deals with criticism from the right that he works for the “liberal media.”

“I have to say, and the left is now just as aggressive about this,” he continued. “I probably get more heat from the left than the right these days because the left gets just as aggressive at trying to work the refs. They think that we in the, quote, ‘mainstream media,’ overcompensate to the criticism. That’s their argument. Of course, the right says we’re never, so it’s a shame.”

And then he dropped this line about cable news: “I think advocacy journalism, sort of the Fox and what MS[NBC] primetime, those models, that hasn’t been healthy for politics. It’s just not healthy for it. It all goes to one of the explanations why we don’t persuade people anymore.”